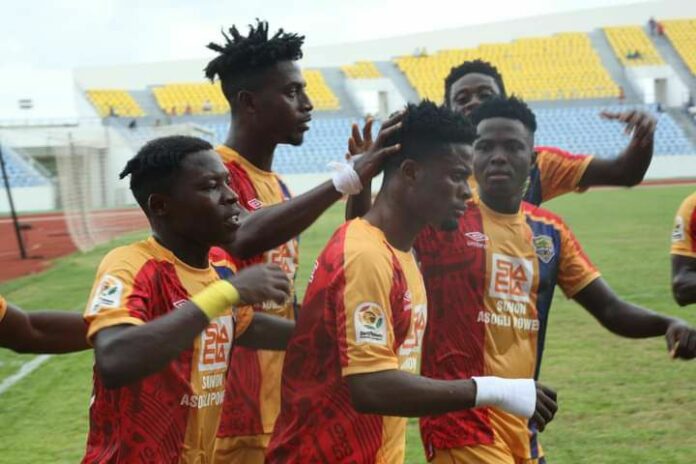 Hearts got their second consecutive win of the season for the first time as new head coach Slavko Matic maintains his hundred percent winning streak.

Starman Daniel Afriyie Barnieh scored from the spot in the 31st minute to give the Phobians all three points. B

Barnieh has become one of Ghana’s best penalty-takers and was inevitable when he stepped up to take this one after being fouled by Royals goalkeeper Clinton Quaye.

This is Hearts second in two games for new coach Matic, who was appointed after Samuel Boadu was fired due to the club’s poor start.

Matic has begun to produce good results, and fans will be hoping that he continues to do so as they aim for their second league title in three seasons.