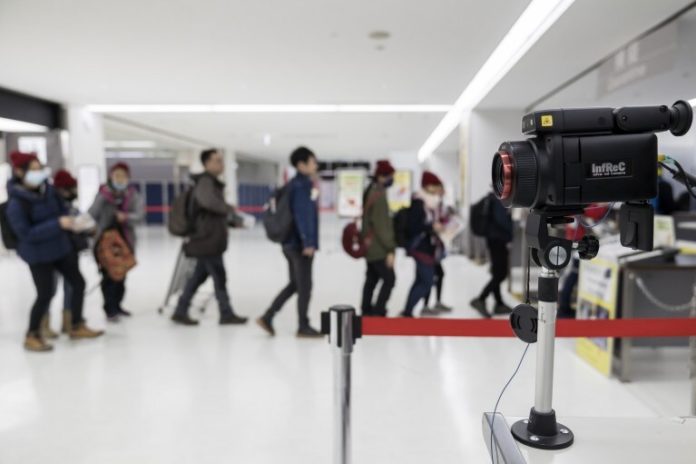 Ghanaian authorities have announced that passengers from China will undergo enhanced screening and surveillance as the China-linked coronavirus sweeps across Asia.

At least nine persons have been killed in China – following the outbreak of the new virus which was detected in the Asian country in December last year.

At least 440 cases of the said virus have so far been recorded in China.

The virus, known also as 2019-nCoV, is said to be a new strain of coronavirus that has not previously been identified in humans

Ghana’s Health Minister, Kwaku Agyeman Manu, however, assured the nation that it has in-country capacity to diagnose the infection at the Noguchi Memorial Institute for Medical Research in Accra.

It has cautioned the public to regularly wash hands with soap and water, keep a distance from persons showing signs of fever and immediately seek treatment upon suspicion of infection.

“As part of measures to prevent an outbreak in Ghana, passengers from China will undergo enhanced screening procedures including the administration of health questionnaire. Health facilities have also been alerted to prepare and manage cases in case of an outbreak,” the Minister said in a statement.

First case detected in US

Meanwhile, a case of the deadly coronavirus sweeping Asia has been detected in the United States, officials announced Tuesday

A Washington state man was diagnosed with the flu-like illness, after returning from a trip to the central Chinese city of Wuhan, where the outbreak emerged, the US Centers for Disease Control and Prevention said.

The unnamed patient, who is in his 30s and a resident of Snohomish County, which is north of Seattle, arrived in the US on an indirect flight to Seattle-Tacoma airport on Jan. 15 — before airports began screening travelers from Wuhan, officials said.

He began experiencing symptoms of the dangerous illness and contacted doctors Sunday after researching the coronavirus online, they said.

His diagnosis was confirmed Monday, and he remains hospitalized at Providence Regional Medical Center, according to the CDC.

He is in stable condition and is being monitored and quarantined “out of an abundance of caution” as officials work to retrace his steps, the agency said.

It’s unclear how the man became infected or whether he has transmitted the virus to anyone else.

He is not known to have visited the wholesale markets in Wuhan believed to be at the center of the outbreak.

NSS personnel to resume duty May 4 after ‘mandatory paid-leave’