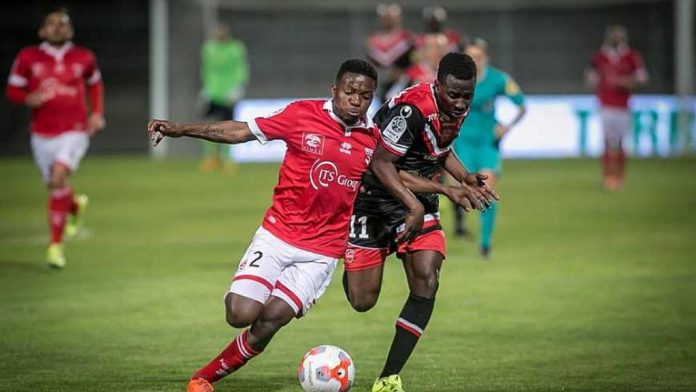 The 23-year-old attacking minded right-full back has been with the French outfit since 2014 making 18 appearances for the youth team scoring a goal before his promotion into the senior squad in 2015.

Ntim, born in Kumasi the capital of the Ashanti region of Ghana, started his career at Right to Dream Academy before his move to France.

In January 2019, Ntim was loaned out to French National 2 League outfit Trélissac FC from Valenciennes until the end of the season.

The fast growing right – back has featured five times this season in the Ligue 2 after returning from his loan spell and remains a vital player in his side’s quest to gain promotion into the the Über Eat French Ligue 1.