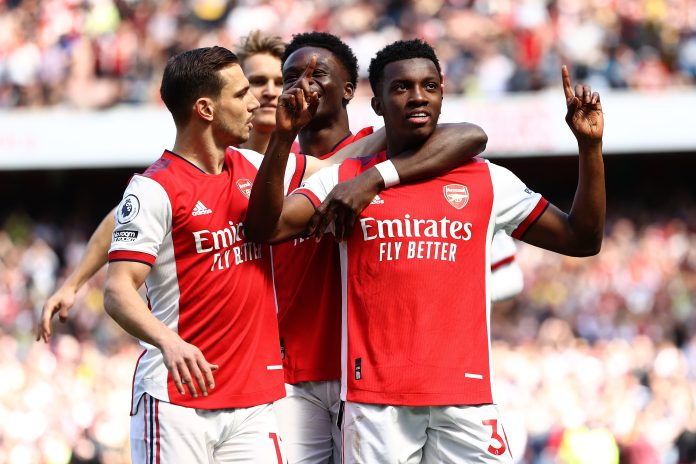 The Ghanaian forward, Eddie Nketiah became the second ever Arsenal player to score twice in the opening 10 minutes of a Premier League match, after Nwanko Kanu did it against Sunderland in October 2002.

The English-born Ghanaian striker Eddie Nketiah scored twice in the English Premier League on Sunday afternoon for Champions League hopefuls Arsenal against Leeds United FC in the first ten minutes of the match.

Just five minutes into the game, Nketiah pounced on a loose back pass as he knicked the ball off the goalkeeper’s feet to put the hosts 1-0 up.

Five minutes later, the young striker scored again from close range with a left-footed strike from the center of the box into the middle of the goal to put the hosts 2-0 up in the game.

The visitors got a goal back in the second half despite playing with 10 men for the greater part of the match.

The 22-year-old Ghanaian forward has four goals and one assist this season in the English Premier League.

Zimbabwe president drags driver to court for stealing his $100 cell...