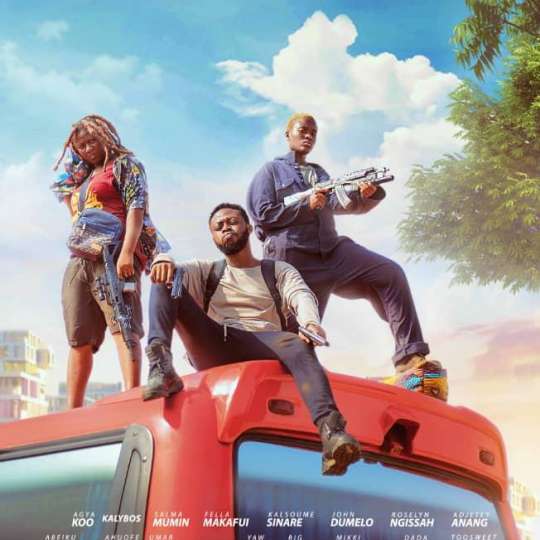 This February, passengers on Emirates can look forward to the hilarious, bittersweet Ghanaian film “Away Bus”, on the airline’s award-winning in-flight entertainment system.

Produced by Peter Sedufia and Kofi Asamoah, “Away Bus” stars Fella Makafui and Salma Mumin who played sisters role on a race to raise funds for their mother’s urgent surgery, and when all options failed, plot to rob a highway bus, with further twists and turns along the way.

The film also features some of Ghana’s popular actors from both the Twi (Kumawood) and English speaking (Ghallywood) cinema.

The Emirates ‘ice entertainment system’ allows passengers to choose from over 4,500 channels of movies, TV shows, music and games, Live TV, on-demand and in multiple languages throughout every flight.
Emirates has continually invested in upgrading its in-flight entertainment systems and was the first airline in the world to offer in-seat TV screens in all classes in 1992.

Emirates offers the industry’s largest in-seat screens in all classes at up to 13.3 inches wide in Economy Class, 23 inches wide in Business Class and 32 inches in First Class.

Cruel American couple adopted children from Ghana then starved them