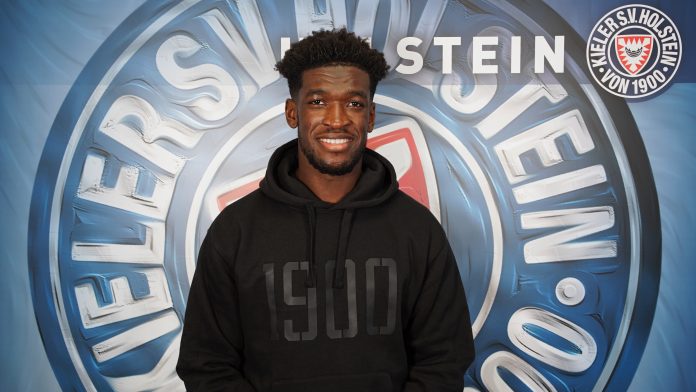 The  27-year-old goal monger has signed a contract with the Storks until June 30, 2025 after leaving Dutch Eredivisie side Willem II.

Wriedt, who was born in Hamburg, started out in the academy at FC St. Pauli before moving on to Lüneburger SK and VfL Osnabrück in the summer of 2017 to join the second team at FC Bayern Munich. The Ghanaian, who also played three times for the Ghanaian national team, played 101 competitive games for Munich and scored 71 goals.

In the 2019/20 season, Wriedt drew attention to himself with 24 goals in 33 games as top scorer and player of the season and thus shot the Munich team to the surprising third division championship.

In the summer of 2020 he moved to the first Dutch league to Willem II Tilburg. The left-footed player made 44 appearances and scored twelve goals for the team currently in fifteenth place in the Eredivisie.

“We are very happy that we were able to win a technically strong and very versatile striker in Kwasi Wriedt,” explains Managing Director Sport Uwe Stöver. “We are therefore certain that Kwasi will enrich us with his mentality and footballing quality in the years to come.”

“I’m very happy to be back in Germany,” says Kwasi Wriedt with satisfaction. “Holstein has drawn attention to themselves in recent years with their attacking style of play, and they showed impressive football last season. So I am very happy to be part of this team now and to have the opportunity to contribute my qualities.”

DEAD ON ARRIVAL? Kotoko’s New Board Is Set Up To Fail