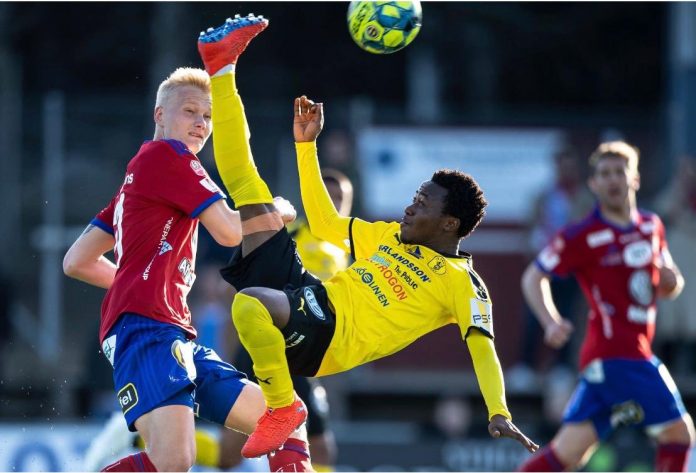 Former Inter Allies prodigy Abdul Halik Hudu was a joy to watch as he shines again for IK Frej in their away defeat to Mjallby in the Swedish Superettan.

The promising Ghanaian played the full throttle of the game at the Strandvallen where the hosts came from behind to win 2-1.

Finland star Akpovela scored first in the 63rd minute before Silvernolt (66th) and Jobe (74th) powered the home side to an impressive comeback win over Frej to claim all three points.

The young midfielder has featured 20 times scoring two goals since completing his loan move to his new team in Finland.