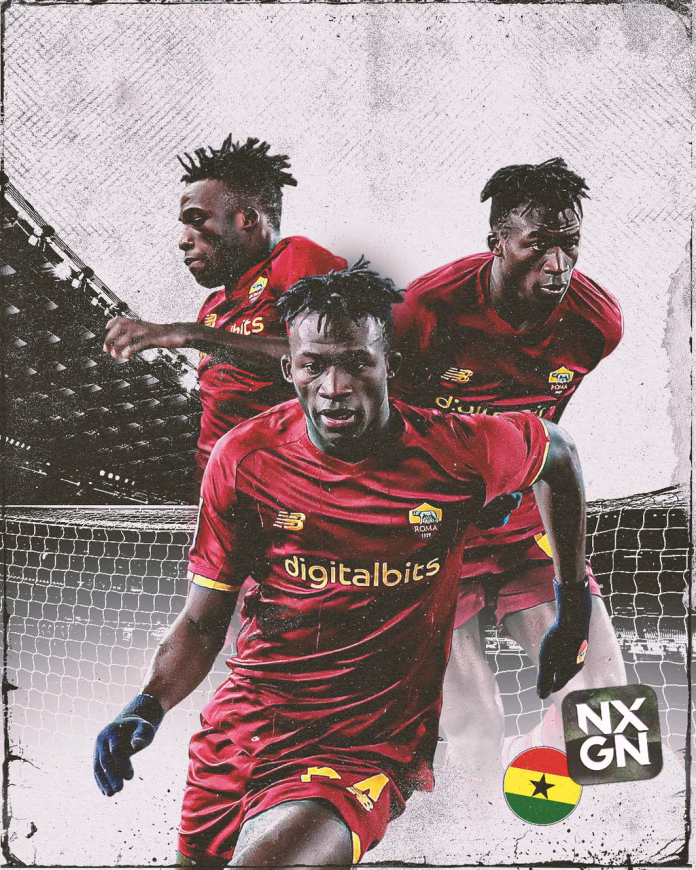 Ghanaian youngster Felix Afena Ohene-Gyan is set to leave Italian Serie A side AS Roma this summer to a new club in the Italian top-flight, Dailymailgh.com understands.

His stay at Roma will be determined in the coming days as the youngster is served with several proposals from Serie A, according Corriere dello Sport in Italy.

The Italian newspaper claims Roma are considering using the Ghana International as coy in the deal involving their top transfer target Davide Frattesi of Sassuolo.

During the 2021-22 season, the Ghanaian struggled to find more playing time and therefore wasn’t consistent in his performances despite Jose Mourinho giving him plenty of opportunities.

According to our sources from Italy, clubs like newly promoted team, Lecce together with Sassuolo and Salernitana are among the teams interested in the Ghanaian striker.

Furthermore, Corriere dello Sport claims that Roma would be willing to sell him, making his exit from the capital permanent, and using his sale as a financial boost for Roma’s incoming transfer-market.

The 19-year-old Ghanaian versatile forward scored two goals in 17 matches in the just ended 2021-22 Italy Serie A campaign in his breakthrough season at the club.

He was an integral part of the Ghana team when the Black Stars team beat the Super Eagles of Nigeria to the ticket for the 2022 World Cup tournament in Qatar later this year.

He scored his debut Ghana goal in the 2023 Africa Cup of Nations qualifiers against Madagascar at the Cape Coast stadium on Wednesday evening on June 1st.

All 15 suspected cases of Coronavirus in Ghana negative – Minister