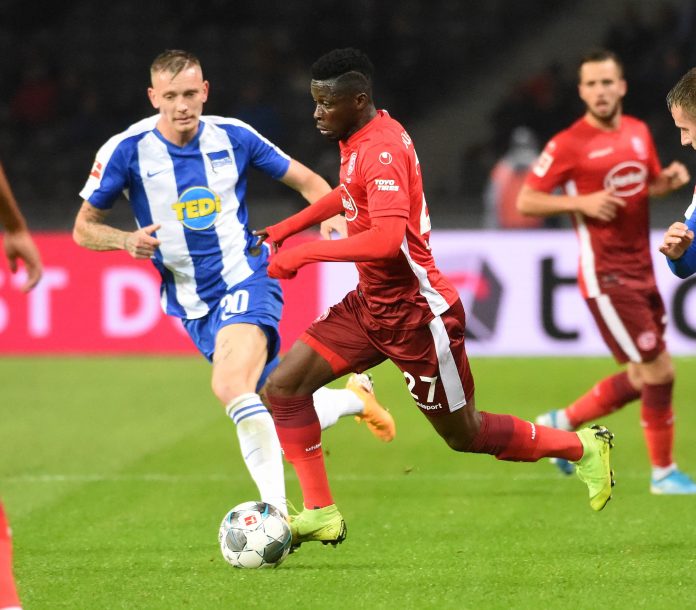 Ghanaian forward Nana Ampomah was on the losing side on his full Bundesliga debut as his side Fortuna Düsseldorf tasted defeat in Berlin against Hertha by a 3-1 scoreline.

The former Royal Antwerp attacker was a mere shadow of himself as he failed to replicate his fine form which caught the eyes of his current employers in the Belgium PRO League.

The 23-year-old enterprising young Ghanaian chap was substituted by manager Friedhelm Funkel on the 64th minute of the game.

Ampomah made his Bundesliga bow last weekend at home playing 15 minutes in Düsseldorf’s 2-1 defeat to Freiburg leaving them at the wrong end of the league table.

The Ghana star would be looking to make the most of his subsequent chances after he failed to showcase his abilities in their away game on Friday night in the round seven of the Bundesliga.

Ghana’s health minister elected to serve on WHO board