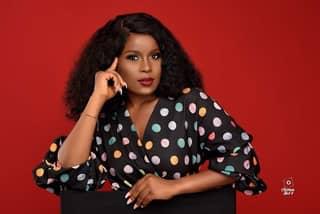 Ghanaian media personality, Berla Mundi has been confirmed as moderator for the Mzuzah Technology/Sustainability Panel at the 16th Annual African Economic Forum scheduled to hold at the Colombia University, United States, later this week.

The media personality will be interacting with CEOs from some of the world’s largest technology companies on the theme: ‘The Role of Technology in Sustainability; Innovative Technological Solutions as the Next Step in Achieving Sustainability in Africa’. The two-day forum will have among its panellists, Ghana’s Angela Kyeremanteng-Jimoh, the first female country manager of IBM in Africa, and executives from Microsoft and Chevron.

Berla Mundi, reiterating her interest in building a more global brand, expressed excitement at the opportunity of meeting and interacting with game changers from various industries who are focused on developing a sustainable African economy for future generations. This would be her second time as moderator for Mzuzah Africa’s forum.

Mzuzah Africa engages the region’s most influential leaders current and upcoming, plus those with interest in Africa in critical discussions designed to create partnerships, networks, knowledge and collaborative pathways to achieve effective social change and impact in the Africa region; to set an agenda on best practices for corporate social responsibility, collaboration and sustainability investments.  The forums have delivered first-class programs, leading thinkers and cutting-edge insights.

Berla Mundi is an award winning Ghanaian Broadcast Journalist whose brand is heavily centered on the growth and progress of the youth by educating them on the importance of being industrious, tenacious and resilient; traits that are ubiquitous in every sphere of her career which was birthed in 2012.

With a set out plan to become the biggest name in the Ghanaian media fraternity and leave an indelible mark across the globe with her God-given talent, we can confidently validate the endearing on air-personality’s dreams after being named as one of Africa’s 100 Most Influential personalities as well as the 15th Most Influential Personality in Ghana all in 2017.

Currently, she hosts ‘The Late Afternoon Show’ on GhOne TV and DSTV CH 361, which addresses social issues regarding young adults; creating a platform to inspire, educate, inform and entertain. She boasts of over a million social media followers and runs the B. You Project which is concerned with the improvement of education and development of opportunities for young women in Ghana.