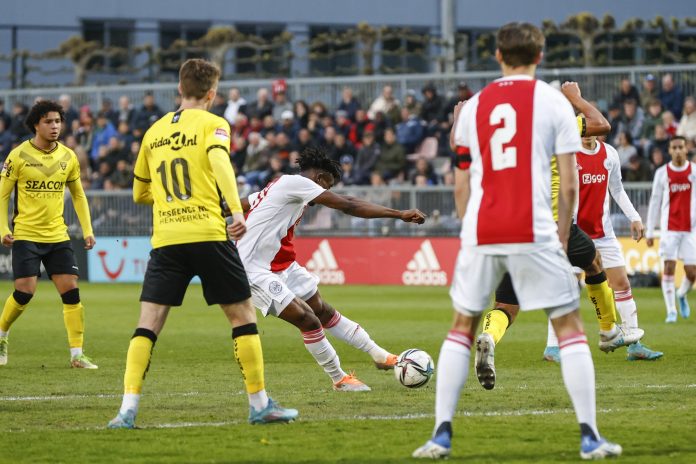 Ghana’s midfielder Mohammed Kudus was on target for AFC Jong Ajax Amsterdam in their thumping and emphatic win over VVV Venlo in the Dutch Eerste Divisie on Monday evening.

Kudus produced a crucial assist to help the first team of Ajax Amsterdam beat NEC Nijmegen on Saturday afternoon in the Dutch Eredivisie.

The 21-year-old played the entire duration of the match for his team as they beat the Yellow and Blacks 6-1 in the second tier league in Netherlands.

Kudus left-footed shot from outside of the box found the bottom right corner following a nice pass from Naci Ünüvar inside the first half after 22 minutes.

Joeri Schroyen equalized for the visitors to restore parity before the break as he found the back of the net a minute after his team went down.

Jong Ajax scored five more goals in the second half of the match to win 6-1 at the end of the match.