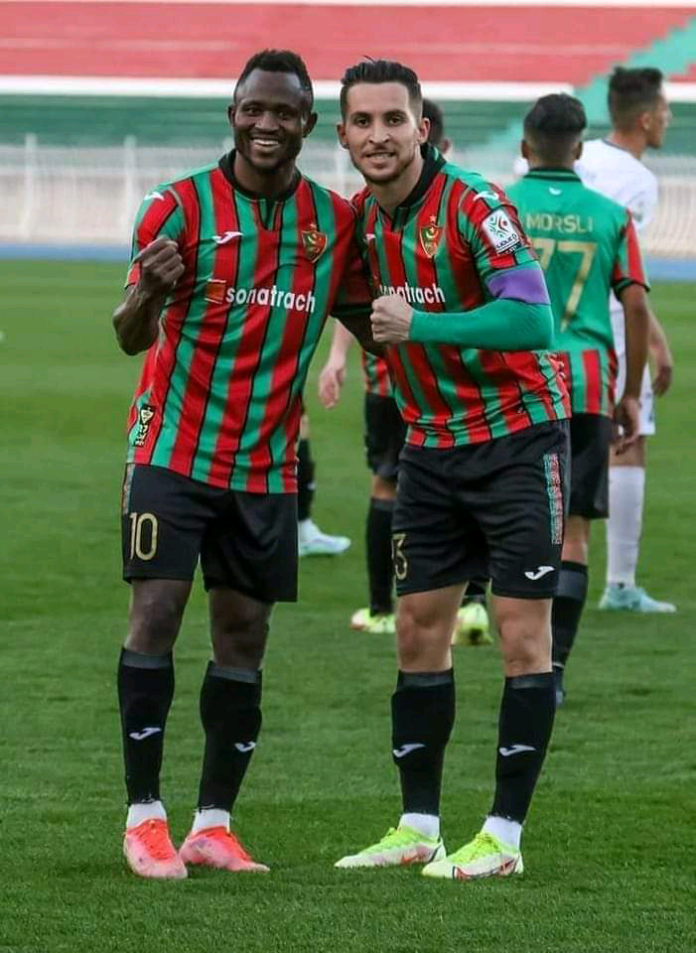 Former Accra Hearts of Oak SC star player Joseph Esso grabbed his second goal of the season for MC Algers in their 2-0 away win over Tlemcen in the Alegrian League 1 on Saturday evening.

The former Dreams FC talisman, Esso, netted the opening goal of the game on the 67th minute to give his team the lead with a beautiful strike.

He ssquandered a lot of chances in the opening minutes of the match but finally got his name on the score sheet in the second half.

Samy Frioui grabbed the second goal from the spot with four minute to end the game to help the Green and Reds secure a vital away win.

The goal is Esso’s second of the campaign for the Algerian side.

MC Algers move on to second on the League table with 36 pointe from 19 games.

The 25-year-old Ghanaian has not been as prolific as he was in the league last season but has two goals to his name.

‘An unsung icon’: Tributes pour in for late Dep. Clerk of...

Ghana Beyond Aid: SOEs must be driving forces – Gabby