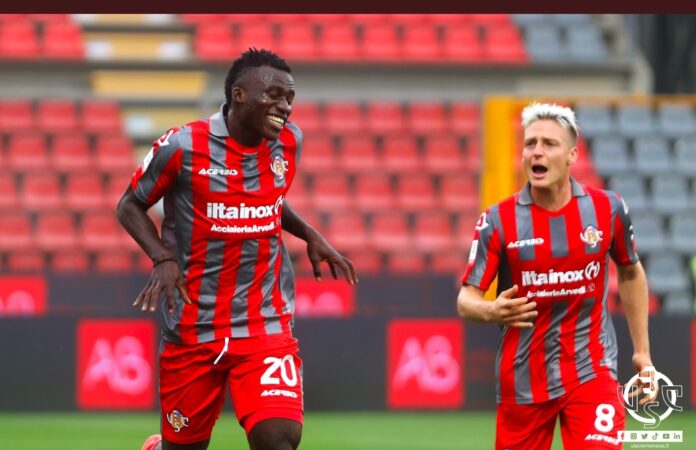 Ghanaian teen sensation Felix Afena Ohene-Gyan got his first goal for Seria A SIDE US Cremonese in their Coppa Italia win against Modena.

The former AS Roma wonder-kid climbed off the bench to score the second goal as his side took a two-goal lead in the 84th minute of the game.

The 19-year-old had made four appearances for the newly-promoted side in the Italian Serie A this campaign and had no goal to his credit in the league.

Afena-Gyan joined the club during the summer transfer window, signing from AS Roma, where he won the UEFA Europa Conference League during the 2021/22 season.

What equal opportunity did you create for Ghanaians when you...