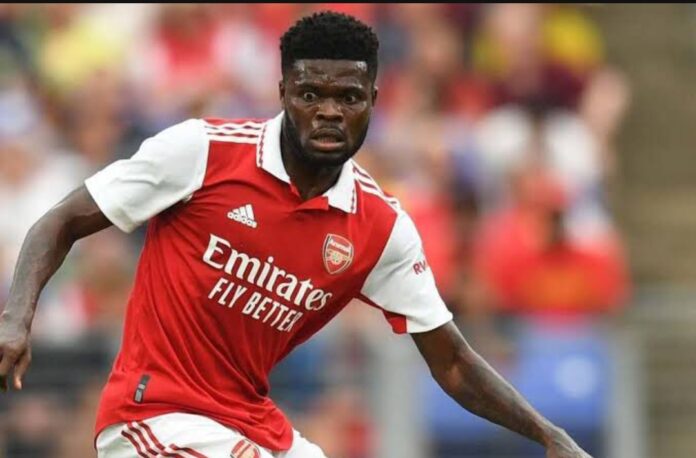 Ghana star midfielder Thomas Partey is yet to lose a Premier League game this season in the colours of the Gunners.

The Ghana midfielder has become a pivot for the Arsenal club this season in the English Premier League as they lead Manchester City FC with seven points after 16 games.

The 29-year-old has made 13 league appearances this campaign and Arsenal have managed to win 12 of them and drawn one. This amounts to a 92.3% win rate.

This means the Gunners are yet to lose a Premier League game in which Partey has been a part of this season.

Arsenal have a win rate of 92.3% in Premier League games Thomas Partey has been a part of this season.

Thomas Partey interception stopped a 5 vs 2 situation on the counter against Brighton and Hove Albion before new year’s day. Arsenal will score the opening goal few seconds later.

The exact same situation than last week for the same result and has become the Key player for Arsenal.