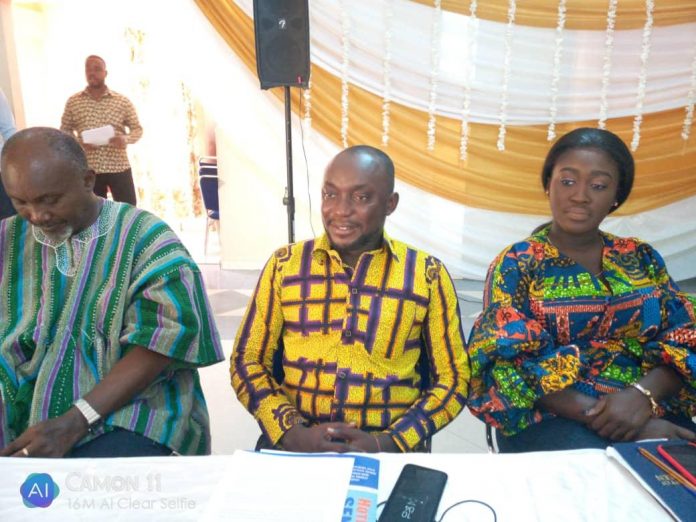 The Minister of Finance has released GHc2 million to the scholarship secretariat to implement the first phase of the Presidential Farmers Scholarship scheme in September this year.

It will cover 120 people, made up of the 24 award winners of the 2018 National Best Farmer Awards, two of their children or wards and two of their workers.

At the 34th National Farmers Day held at the Aliu Mahama sports  stadium in Tamale on Friday, December 8, 2018, President Nana Addo Dankwa  Akufo-Addo , making what he described as “a very important announcement” said the government had added to the national awards package for farmers and fishers folk 24 scholarships for their children and their wards.

“The scholarships are for local tertiary programmes, ranging from first degree to PhD, in any agricultural subject of their choice. This gesture is a further testimony of the government’s commitment to make agriculture attractive to all, especially the youth” the President said.

Last Friday, a need assessment review workshop was organized in Kumasi for the 24 award winning farmers and fishermen.

It was organized by the scholarship secretariat in collaboration with the Ministry of Food and Agriculture (MoFA).

Speaking at a workshop, the Registrar of the Scholarship Secretariat, Mr. Kingsley Agyemang, said the scheme, which is a new twist to the National Farmers Day Celebration, would not be purely academic but dependent on the needs of farmers.

He explained that aside from the farmers themselves who might need capacity building in special areas, there was the opportunity for the beneficiaries to select either their dependents or workers to benefit from the scholarship, based on the needs of the business and who was available.

He said the overall objective of the scheme was to equip farmers with the needed skills to help them expand their farming businesses and run them like other businesses and thereby improve on their incomes and produce to feed the nation.

The 2018 National Best Farmer, Mr James Obeng Boateng, expressed gratitude to government for instituting the scholarship scheme, which he said was needed to help more farmers improve on their farming activities.

He said there was the need for farmers to have some basic education that would help them in the management and administration of their businesses.

According to him, many farmers who were educated did not know much about the farming businesses and as such had to have their capacities built to improve on their work.

He said the scholarship would enable the farmers to build their capacities in areas where they lacked capacity and also improve on their activities.

The Chief Director of MoFA, Mr. Robert Patrick Ankobiah, said the scholarship would help modernize farming in the country and drive economic growth.

He said there was the need to move away from the old ways of doing things because rewarding farmers with material things might not be enough.

He noted that with the capacity building, it would help the farmers improve on their businesses and enable them to afford most of the things given to them as prizes.

He said the scholarship would be tailored to the needs of the farmers and would not be like the normal scholarship that was purely academic.

One of the beneficiaries of the scheme, Mr Gustav Annor Owiredu, the 2018 National Best Youth farmer, said through the scholarship, most farmers would be able to acquire the needed education and also build their capacities to enable them to modernize farming.

He expresses gratitude to MoFA and the scholarship secretariat for actualizing the president’s vision, which he said would go a long way to make farming very attractive to the youth.