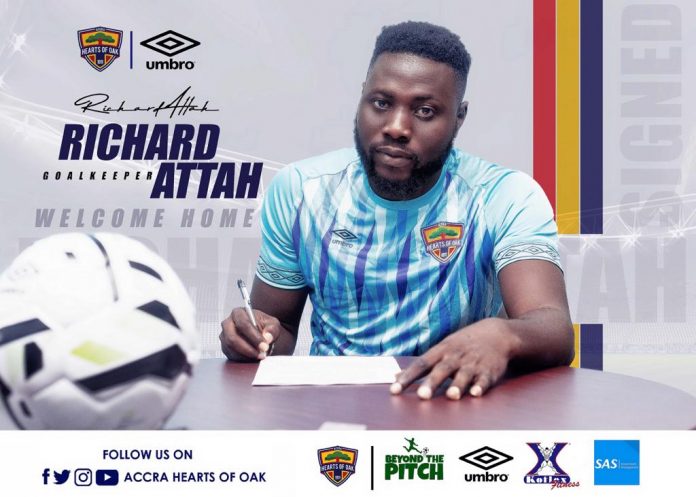 Hearts of Oak new signing Richard Attah is elated over his new contract with the Rainbow Club, describing them as his “dream team”.

The former Elmina Sharks goalkeeper was officially announced by the Phobians on Sunday after signing a long term contract.

Attah wrote on his Facebook after joining the former CAF Champions League winners: “Finally I am a member of the biggest Club in Africa… A very big thanks to those who help me made this dream possible , God bless you all.”

After hours returns on Adom TV with Kwame Oboadie as host

Fuel prices in Ghana to shoot up

Schoolgirl commits suicide after a teacher humiliated her over her period...

ECOWAS, AU, UN, Others must step into the political situation in...