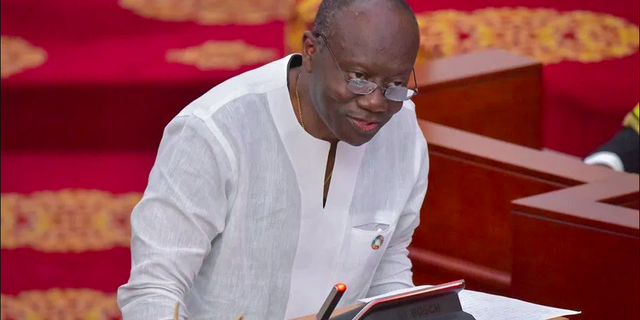 The government may be considering the removal of the proposed electronic levy (E-levy) in the 2022 budget statement and economic policy of the Akufo-Addo administration on the sums of money sent by foreign workers to individuals in the country which is better known as inward remittances.

Government, according to Accra-based Asaase News, is also considering the removal of the e-levy on bank transfers as well.

In President Akufo-Addo’s estimates of the revenue and expenditure of government for the 2022 financial year, presented to Parliament on Wednesday the 17th of November 2021, by the Finance Minister, Ken Ofori-Atta, government proposed a levy on all electronic transactions to widen the tax net and rope in the informal sector.

“Mr Speaker, this new policy comes into effect from 1 February 2022. The government will work with all industry partners to ensure that their systems and payment platforms are configured to implement the policy,” the Finance Minister added.

The announcement of the proposed electronic levy has been met with mixed reactions by Ghanaians from all walks of life.

Some sections of society have endorsed the levy as the only available means through which government can reduce external borrowing, while others say its introduction is likely to have a negative impact on persons the levy will be applicable to as well as on the digitalization drive of government.

Recipients of inward remittances in Ghana will certainly welcome any move by government to exempt their proceeds from the e-levy when it comes into force next February.

Studies have shown that remittances can reduce the depth and severity of poverty in developing countries such as Ghana, and that they’re associated with increased household spending on health, education and small business.

Despite the impact of covid-19 on global economies, remittances to Ghana shot up by 5% to US$3.6 billion last year (2020), according to World Bank’s 2021 Migration and Development report.

There is a race by both the ruling New Patriotic Party (NPP) and the opposition, National Democratic Congress (NDC) to get their Members of Parliament who are out of Accra or out of the jurisdiction back to Accra by this weekend in time for voting next week Friday.

The Majority Leader, Osei Kyei Mensah-Bonsu is currently leading a parliamentary delegation to Madrid, Spain for the 143rd Assembly and related meetings of the Inter-Parliamentary Union.