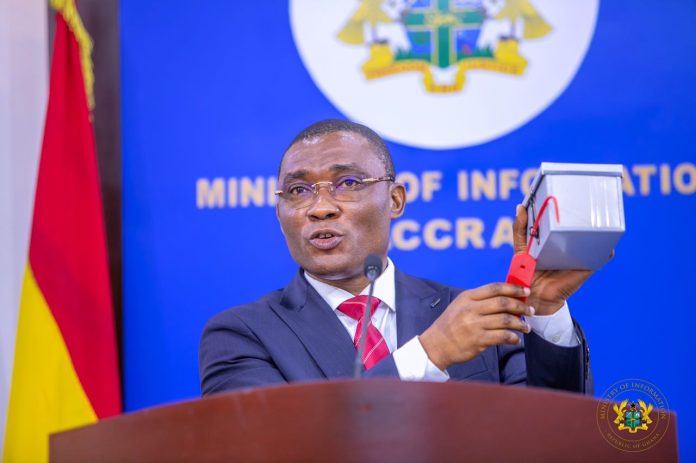 Government has launched six (6) community mining schemes in “galamsey” endemic areas of the country to address the issue of illegal mining.

The schemes, which are being rolled out in six (6) mining areas in the Western, Ashanti and Eastern Regions of the country is expected to enable willing persons to mine in a responsible manner and create 10,300 direct jobs and 21,000 indirect jobs.

Deputy Minister for Lands and Natural Resources, George Mireku Duker made this known at the regular Meet the Press session organized by the Ministry of Information in Accra on Wednesday, November 8, 2021.

According to him, government is sanitizing the extractive sector of the country with the introduction of the community mining scheme which paves the way for the commencement of regulated, responsible, and sustainable community mining, aimed at helping to get rid of illegal mining.

“We are creating community mining schemes to hold onto those who will be moved out of the illegal mining and to cushion them as well. So far, we have created these schemes in six (6) mining areas of the Western, Ashanti and Eastern Regions. The schemes are intended to provide livelihoods for members in the mining communities, promote sustainable and responsible mining and therefore prevent illegal mining,” Mr. Duker said.

He said community mining had become the main fulcrum around which the nation sought to organize responsible small scale mining explaining that it is the reason government has developed a Small Scale and Community Mining operational manual to guide the operations of small scale miners.

Mr. Duker also disclosed that government as part of efforts to continuously support relevant players within the mining sector and ensure that small scale miners have access to credit facilities for their operations has established a Minerals Development Unit at the Agricultural Development Bank (ADB).

This he said will help tackle the issue of operational capital as the lack of credit facilities for small scale mining operators has been identified as one of the driving forces behind foreigners’ involvement in the small scale mining space.