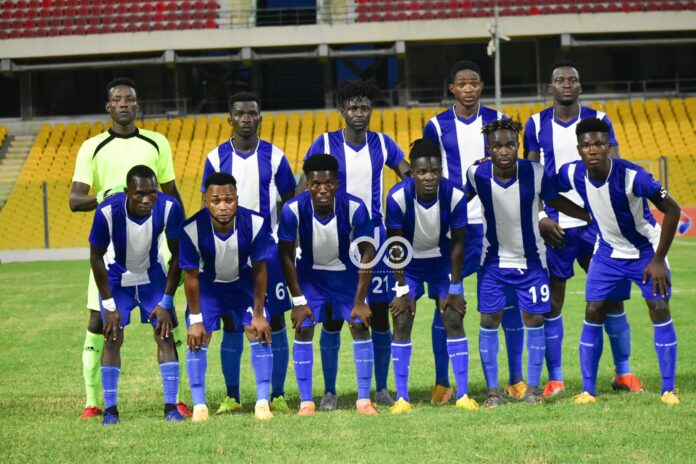 The Blue and Whites team put the Royals to their sharpened knife in the week two encounter of the 2020-21 Ghana Premier League season with a sizzling and mouth-watering performance.

In the earlier exchanges of the end-to-end match, the Blue and Whites were the better side and had upper hand on their opponents looked like a lower tier side on the evening.

The early part of the game could not provide too many good goal scoring opportunities until the experienced midfielder, Gladson Awako’s 44 minute effort from a free kick found the back of the net via deflection to put the DADE Boys in front before the interval.

After the break, Olympics continued with their dominance and stamped their authority on the game through Maxwell Quaye’s goal from the spot to make it 2-0.

Seven minutes from full time, Samuel Quaye scored his first goal of the season to put the icing on the cake as Olympics walloped Cities to go top of the Ghana Premier League.

Legon Cities FC are without a win in two games despite playing both at the same same venue with one point after drawing 1-1 with Berekum Chelsea in their first game.