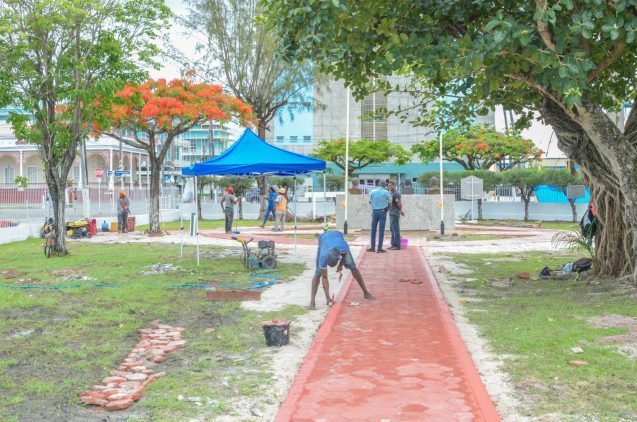 Town Clerk Sharon Harry said even though clean-up campaigns are quite regular, this one is larger and quite special.

“We would’ve been cleaning but this here is a special clean up, because of course, Council [M&CC] would’ve been doing as much as it could with limited resources. So, I am happy with this intervention, of the Government. That would allow for Georgetown to continue to be in the Green state that its in,” she noted.

Harry said she will speak with Georgetown Mayor, Ubraj Narine to ensure stricter measures are in put place so that the city is kept clean. Reflecting on the ‘We can do it’ campaign in 2015, which saw the installation of garbage bins around the city, Harry said persons began to encourage each other to stop littering. She is optimistic that the same will occur this time around.

The acting Town Clerk highlighted, “one of the things we need to look at, is looking at ensuring it is kept in this condition, with the garbage, we know people like to litter, we have to concentrate on raising awareness, as it relates to littering.”

Areas being cleaned include the Promenade Gardens, Non-Aligned Monument, Carifesta Avenue, along the Avenue of the Republic, all the Avenues in central Georgetown, Public buildings, the 1763 Monument and Princess Street.

Akufo-Addo is responsible if something happens to me – Amidu