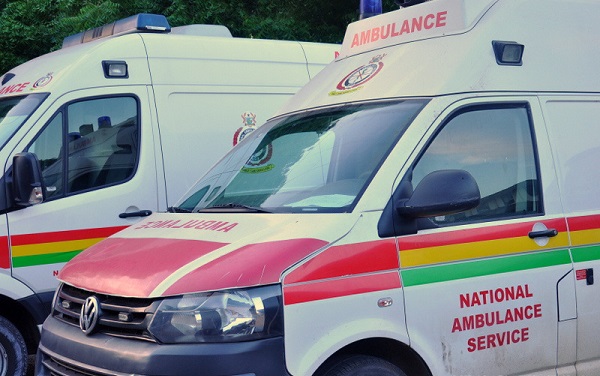 It was about midnight when my daughter – just about three years of age — started running a fever, and, as a mother, I could not take chances.

Her temperature was not coming down even after the dose of paracetamol syrup I gave her, and a shower barely helped either. My next option was to take her to the hospital — at around 12 midnight and without my husband (who had traveled).

His car was parked outside and I could not drive; even if I could, my state of mind would not have allowed me to do so safely. Yet, there my daughter lay — suffering an emergency which needed to be taken care of before things got any worse. My confusion and desperation on that night would only be fully understood by mothers who have suffered that plight, too.

I came out into our compound and knocked on my immediate neighbors’ door, but they were fast asleep — and why wouldn’t they, this late into the night?

Luckily, I saw another neighbor who was awake, her pregnancy being the reason why she was unable to get any sleep. I told her my predicament and asked her to lock the gate after me as I already had a taxi driver who lived nearby on standby to help me with my situation. We got to the hospital and were placed on admission overnight to monitor my daughter’s temperature and return it to normalcy. Fortunately, it all worked out well in the end.

Given the concerns I raised in the preceding paragraphs, you would wonder why I did not think of calling the ambulance service in my hour of need. In truth, though, that question is not solely mine to answer, as you have probably been forced to do same at some point.

Really, why would any citizen have to choose a taxi ride over ambulance service in a country where there is seemingly enough of taxpayers’ money to fund – among other needless expenditure — the wages of over 100 ministers?

The Member of Parliament for Navrongo Central, Hon. Joseph Kofi Adda, was in the news sometime ago for fixing an ambulance belonging to the Kologo Health Centre after it had been off the road for nearly six months. Posing for the cameras, the MP found it necessary to inform the whole country of how he had accomplished such a ‘feat’ — as though it were anything extraordinary. Consider, too, the noise made about the current government procuring 275 ambulances — one for each constituency in the country – after those brought in by the former administration had been left to rot!

See, the main duty of our legislators is to make laws for the country and represent its people, but our MPs do far more: paying school fees, lobbying for the construction of roads in their communities, etc. A case in point is the MP for Effutu, Hon. Alexander Afenyo Markin, who has done so much to improve the lives of his constituents yet hardly makes a show of it.

Some communities, in the absence of ambulances, resort to tricycles (‘Motor-King’) in transporting pregnant women and others in emergencies to health facilities. But that is a problem our leaders do not have; theirs is the luxury of taking wives abroad to deliver, fully aware of just how messed-up the system they have created for us is. And, of course, that also means securing dual citizenship for their children!

Our MPs have their rent paid-up for years, are given salaries and granted loan facilities for cars — all at the expense of the poor taxpayer — but few of them sincerely believe we all deserve a life nearly as good as what they are ‘entitled’ to.

We live in a country where elected public officials actually think merely doing their work is a favor being done those whose taxes fund their privileged lifestyles. Perhaps it is such a poor attitude toward work that makes some MPs feel that fixing an ambulance his constituents need deserves a funfair, only to go back to Parliament and resume doing zilch.

Quite recently, my aunt was hit by a bus that had come to pick some pupils for school as early as 6:00 am. It took us about three hours to finally get to a hospital where the bleeding could be stopped, and, even so, we had to call in all the favors we could obtain from ‘people with power’ just to get that medical basic deed done. Could there be any illustration more graphic of how broken our system is?

As citizens, we need to demand better service from the people we elect, armed with the thumbs that issue their mandate. We make them comfortable, and they are obliged to do no less for us.

But what do we see instead?

The youth – our nation’s great force — have taken entrenched positions, seeing and/or hearing evil only from the side of the political divide to which they owe no allegiance and blindly justifying everything else.

So how is the health service in your community?

How do you intend to make it better?

Are you going to demand nothing more of our leaders?

Do you want the ongoing equality to continue?

What future are we building for posterity?

Take a positive stance today and be judged favorably by successive generations, people. Ghana is all we each have; it is our home and must be made better for ourselves – by ourselves.

By BNK for Daily Mail GH