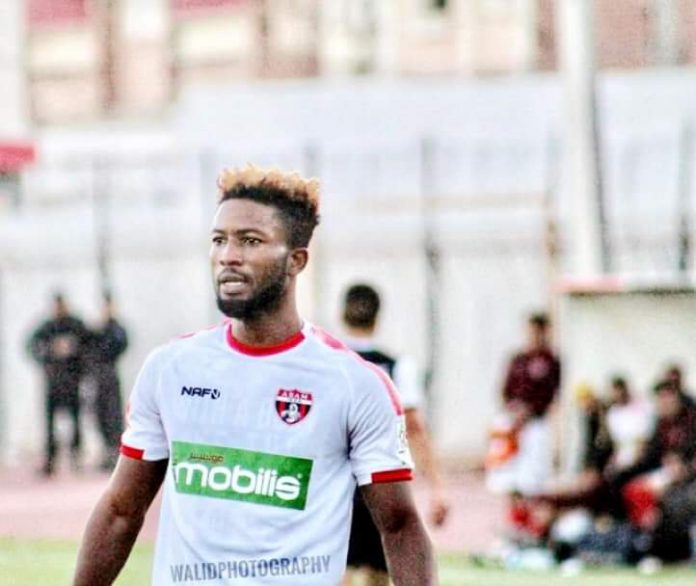 A former Liberty Professionals striker Bernard Arthur has joined Hearts of Oak on a three-year deal.

Arthur played in Algeria last season after a successful trial with Algerian top-flight side AS Ain M’lila.

Dailymailgh.com can confirm that the former West Africa Football Academy SC promising attacker has been without a club since his contract with M’lila expired.

Arthur, 22, was unable to land a deal in Lebanon after a two-week training with Nejmeh SC before he joined Algerian side on a short spell.

The former Liberty tops man played for Tanzanian side Azam FC in 2017 till May last year when both parties agreed to terminate the contract by mutual consent.

Hearts coach Kim Grant is looking to bolster his attacking options ahead of the upcoming season and Arthur would be a positive addition to the already young and exuberant side.

Arthur bagged 10 goals in 24 appearances for Liberty Professionals in the 2016/2017 Ghana Premier League.