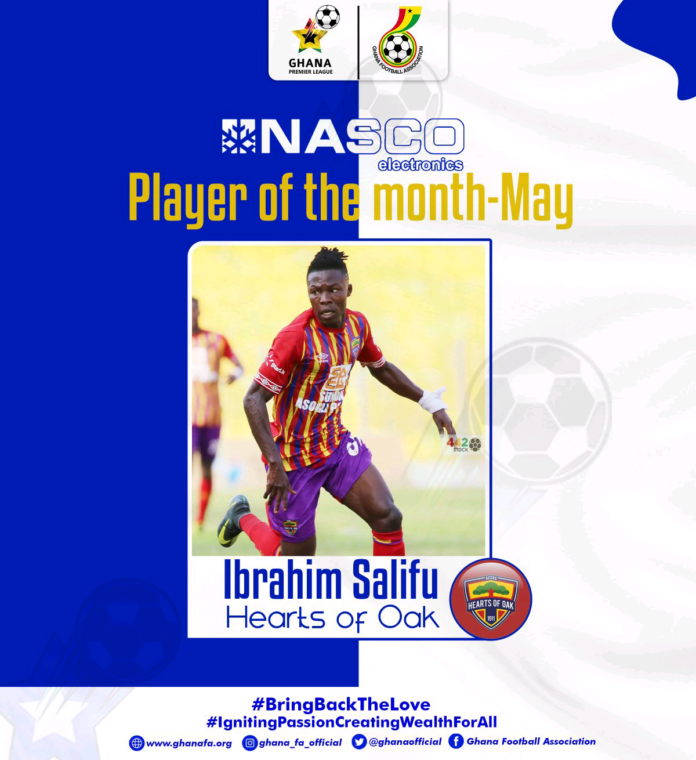 Accra Hearts of Oak star and playmaker  Ibrahim Salifu has beenaadjusted the player of the month for May award in the Ghana Premier League.

The Unistar Academy product scoops the award after seeing off the challenge of Sam Adams and Abdul Ismail Ganiu after an impressive start to life at Hearts of Oak.

Salifu won a clutch of Man of the Match awards while at Eleven Wonders during the first round of the season.

In the month of May, he won two Man of the Match awards and scored once, helping Hearts of Oak to climb to the top of the table.

He will receive a NASCO Television set and a personalized trophy.

After a dazzling display in the Ghana Premier League for the month of May, the diminutive central midfielder was also voted as FansZone player of the month by the fans of the Phobians.

Harruna Attah writes: NDC, So Far, So Good, But…