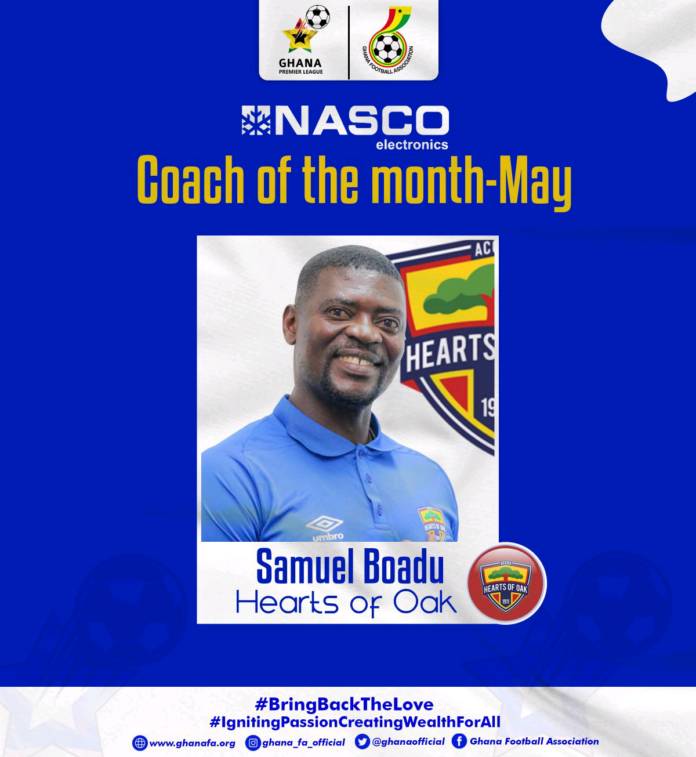 Accra Hearts of Oak coach Samuel Boadu has been named coach of the month for May after leading the club to a perfect May.

Hearts of Oak won five Premier League games and lost one, scoring 8 and conceding two, a run of form that saw the Phobians jump from fifth to first in the Premier League table.