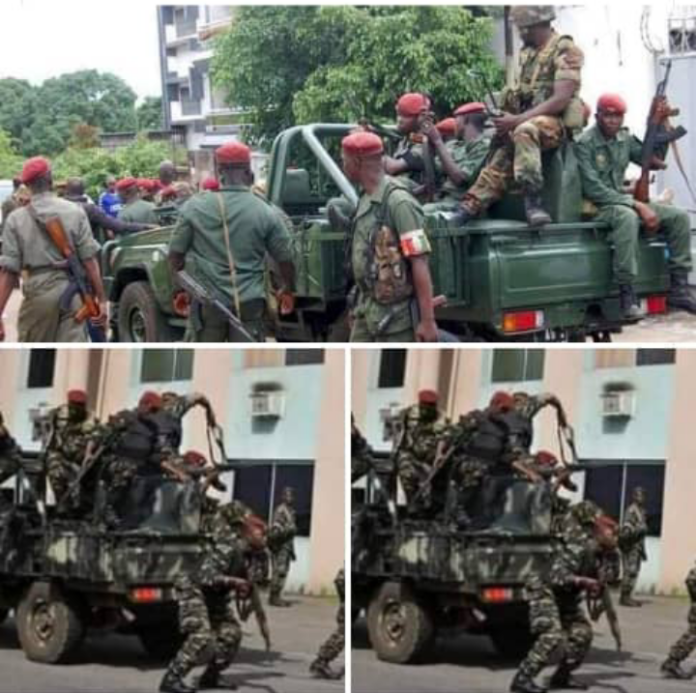 Some gunshots were heard early Sunday near the presidential palace in Guinea’s capital, Conakry witnesses said.

This has raised security concerns in a country with a long history of military power grabs and coup attempts.
However, it was not clear whether President Alpha Conde was home at the time the shooting began, according to witnesses in the Kaloum neighbourhood of Conakry, Associated Press reports.

Conde has faced mounting criticism ever since he sought a third term in office last year, saying the constitutional term limits didn’t apply in his case. He was ultimately reelected, but the move prompted violent street demonstrations, and the opposition said dozens were killed.

Conde came to power in 2010 in the country’s first democratic elections since independence from France in 1958.

Many saw his presidency as a fresh start for the mineral-rich country, which has been mired by decades of corrupt, authoritarian rule.

Opponents say he has failed to improve the lives of Guineans, most of whom live in poverty despite the country’s vast mineral riches.

In 2011, he survived an assassination attempt when mutinous soldiers fired at the palace.

Ahafo is grateful for ending our 40-year wait for a region...