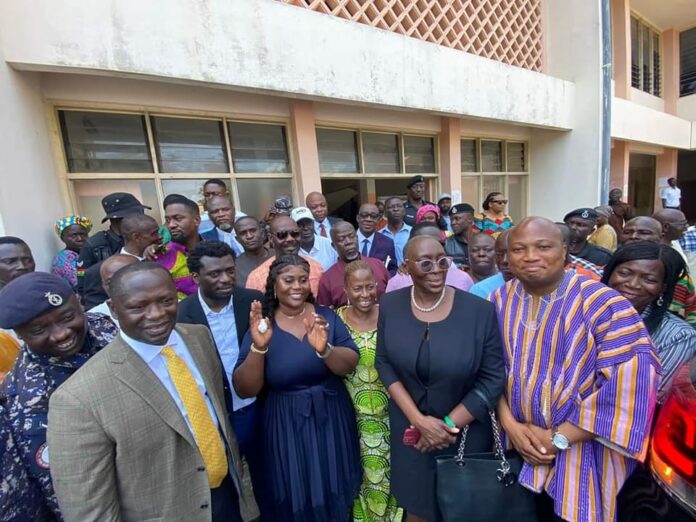 A High Court in Sekondi in the Western Region upheld the victory of Jomoro MP Dorcas Affo-Toffey in the December 7 parliamentary election, after ruling on a petition that challenged her eligibility to contest for the polls.

According to Justice Dr. Richmond Osei Hwere, the Sekondi High Court judge, the petition was dismissed because the elected MP lost her Ivorian citizenship when she acquired her Ghanaian citizenship.

The petitioner Joshua Emuah Kofie challenged the eligibility of the MP to contest as a Ghanaian lawmaker, saying she violated the dual citizenship law.

He claimed that the MP holds multiple nationalities, including American and Ivorian citizenships, which contravenes the1992 Constitution.

But the court according to a Citi News report, struck out the case and awarded a cost of GH¢5000 against the MP after her lawyer pleaded his client could not afford the amount requested by the petitioner’s lawyer, noting that “things are hard.”

Some Minority lawmakers were in the courtroom to solidarise with the embattled MP.

‘Ghana will get to the FINAL or at least SEMI-FINAL in...