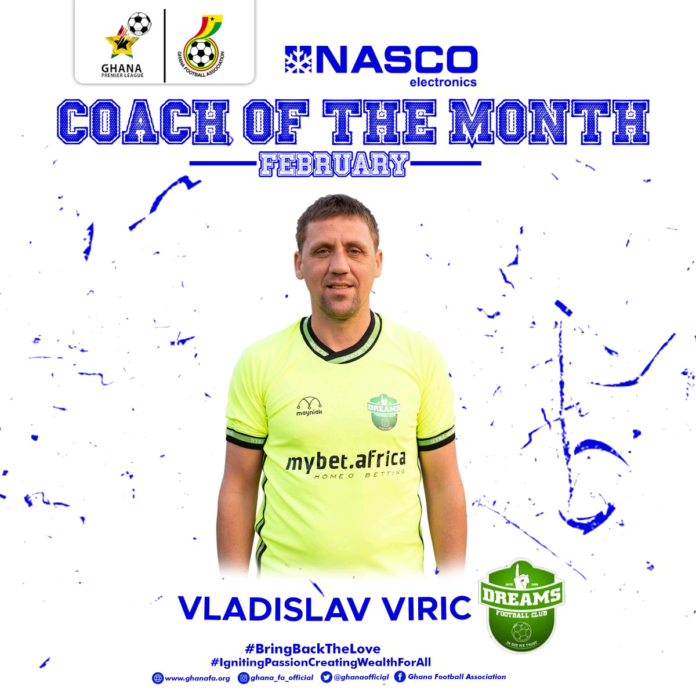 Head coach for Dawu-based Dreams FC Vladislav Viric has been named as the NASCO Coach of the Month for February.

The Serbian tactician led the “Still Believe” Boys to record three home wins and one on the road with one defeat in the Ghana Premier League in the month of February.

Viric saw off challenge from former Medeama coach to the award with his side scoring a total of thirteen (13) goals while Medeama scored seven (7) goals last month.

Chelsea’s Abu Abdul-Hanan also got a nomination after his team recorded three wins and a draw in February bu lost out on the ultimate to the Green and Whites manager.

Viric has now won his first award in the Ghana Premier League and will be given a NASCO television and a personalised trophy from award sponsor Nasco.