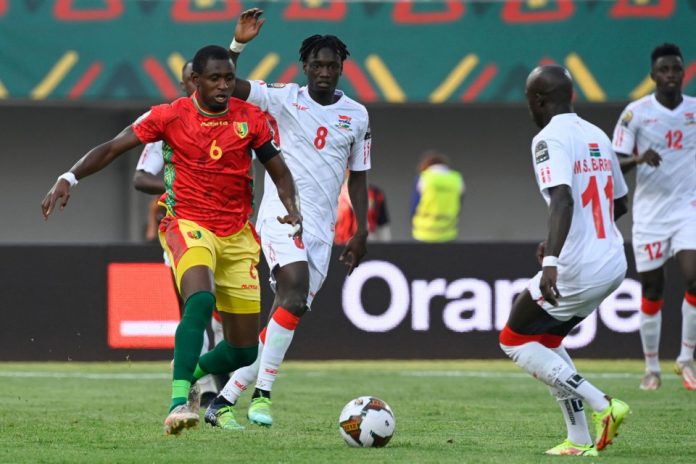 The Scorpions of Gambia unleased their venom on the Syli Nationale of Guinea in the ongoing Africa Cup of Nations tournament round of 16 to book a quarter-final berth with a historic victory.

Guinea faced Gambia in the first African Cup of Nations meeting ever on Monday with a place in the quarter finals up for grabs with both teams fancied their chances of progressing to the next stage of the competition.

Gambia arrived into the game unbeaten after picking seven points in their group in what is their AFCON debut.

Guinea, on the other hand were without their starman and captain who plays fie Liverpool Naby Keita who is suspended after picking up a yellow card in their shock defeat to Zimbabwe.

Gambia advanced to the quarter-finals of the African Cup of Nations with an upset victory over Guinea after deservedly beating their opponents 1-0.

Musa Barrow scored the winning goal in what had not been the most entertaining match until his strike hit the back of the net.

A manic final few minutes saw players from both teams sent off and Guinea hit the woodwork twice but Gambia advance.

Guinea missed a lot of chances to score after going behind the hit the crossbar and the upright countless times before the end of the match.

Both teams were shown red card getting to the end of the match as they finished with 10 men each.

Gambia will face the winners of the Cameroon – Comoros clash in the quarter-final of the Africa Cup of Nations tournament.