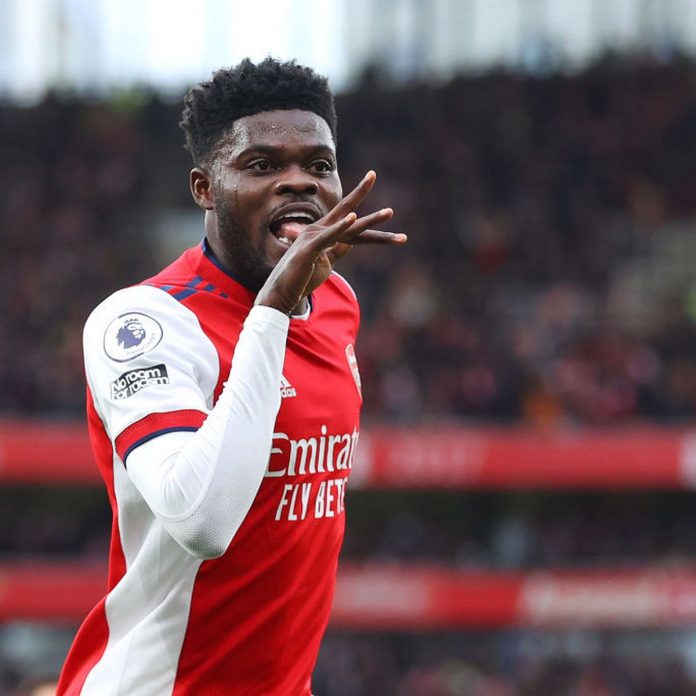 The Arsenal star is currently dating a Moroccan and claims she’s the reason why he decided to convert into Islam from being a Christian.

In a video shared by EIB hub veteran broadcaster Nana Aba Anamoah, Partey revealed he converted because of the woman and there is nothing wrong with it.

In the video, he shared: “I have a girl I love, I know my side chics will leave me but it’s no problem… I grew up with Muslims so at the end of the day it’s the same thing”.

The English Premier League side Arsenal fc star, Partey recently was installed as a development chief in his hometown of Odumase Krobo.

At a short ceremony on Friday, June 3, 2022, the midfielder was conferred with the title of “Mahefalor, which translates as defender of the area.

He mmissed out on the Ghana squad for the Africa Cup of Nations qualifiers against Madagascar and Central Africa Republic due to injury.