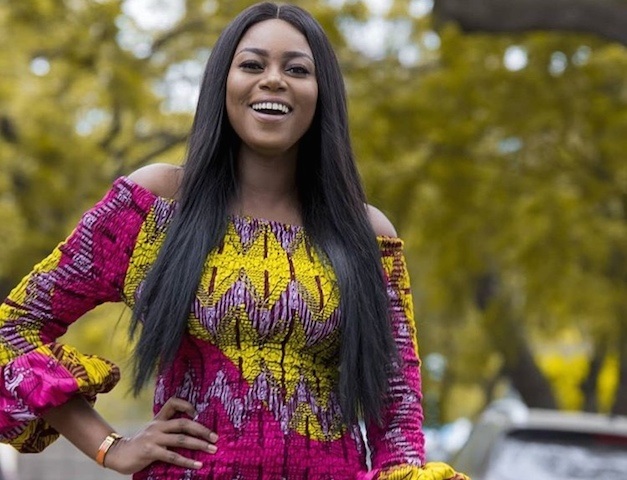 ACTRESS, Yvonne Nelson, has revealed that she did not attend her father’s funeral because she was pregnant.

In a chat with Abeiku Santana on his show Atuu on UTV on Saturday, February 9, Yvonne was asked whether she attended her late father, Mr O. Nelson’s funeral and she answered “no, I was in my first trimester of my pregnancy and was experiencing morning sickness, so I could not make it for the funeral.”

Yvonne’s father died in January 2017 and she posted a lengthy tribute to him on social media. She had in earlier interviews indicated that she did not have a close relationship with him.

According to the actress, her father had not been there for her growing up. She said there were no special feelings for him and that he was like any other person out there.

Yvonne Nelson told Abeiku Santana that before her father passed away, she had forgiven him all the wrongs he did.

“I have forgiven him all the wrongs he did and do not hold anything against him and if there was a need to pray for him, why not, I will.”

Yvonne Nelson also spoke about her baby daddy, Jamie Roberts in the interview, saying she was very fond of him. “I could marry my baby daddy,” she stated.

She also confirmed that she was aware of her baby daddy being a father to two children from a previous relationship, but denied knowing that he’s married.

“He is an amazing and responsible father; he already had two kids. I knew right away that he was someone I can start a family with the moment we met,” she said.

The award-winning actress and producer described herself as a passionate lady, mother and patriotic Ghanaian.

She has taken to motherhood well and sees life differently now that she’s a mother and seeks to set a good example for her daughter.

Yvonne is currently pursuing a Master’s Degree in International Relations and Diplomacy at GIMPA.

Her new movie, Sin City, will be premiering on Valentine’s Day.