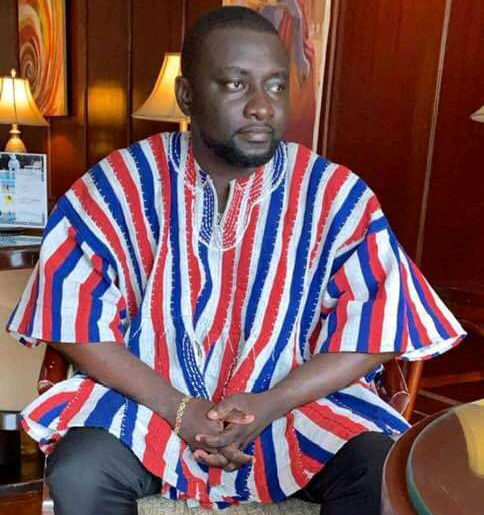 A Businesseman and one time New Patriotic Party(NPP) Parliamentary aspirant for Subin Constituency in the Ashanti Region, Villey Acheampong has denied ever defrauding anyone and his subsequent arrest.

He said he is a genuine businessman and has conducted his businesses diligently, and must therefore not be accused of fraud.

The Subin Member of Parliament hopeful said he believes this is a ploy to muddy his high earned reputation and keep him out of contest in the near future.

Villey Acheampong tells Purefmonline.com that he advertised selling a property for GHc900k to a friend but after receiving GHc720k paid over a period of 3 years for its sale, his friend requested documents to the property stating that the agreed amount is GHc820k, instead of the initial agreement. For which reason he refused to hand over documents.

He however admits selling a property to friend, a case which is currently in court.

“I’m a real estate developer, sold a property to a friend way back in 2019 for which he has be3n paying in installment. Suddenly in 2022 he decline interest in the property and requested for his money. I informed him to exercise patience while I sell the property and pay back. Before then I had paid part of an amount he requested. The next thing I knew the matter was in court. Before the suit, he had early on requested for GHc20k which I paid. After I gave him 50 thousand cedis in court that same day. Why would anyone want to tow this line just to disgrace a fellow.., to what end, he queried.

Sounding worried he said, “where in this case do I stand to defraud anyone. Its my property and not a stolen property, and it’s not as if I’ve gone into hiding. I understand where this is heading but it won’t hold water, he added.

Mr Acheampong said he has never denied payment of the money and has prayed the court for a period of time to do so, calling on the general public to ignore any news of his arrest and detain.

“See, I do business with lots of people as a real estate developer and some of these issues are expected. I’ve promised to pay the money, so for anyone to report that I’ve been arrested and in police custody over fraud is heartbreaking to say the least. This, I repeat is a false claim and a bait to tarnish my image. Time remains our best judge,” he added.

TO MY FUTURE HUSBAND: Yours to Pamper, Yours Forever