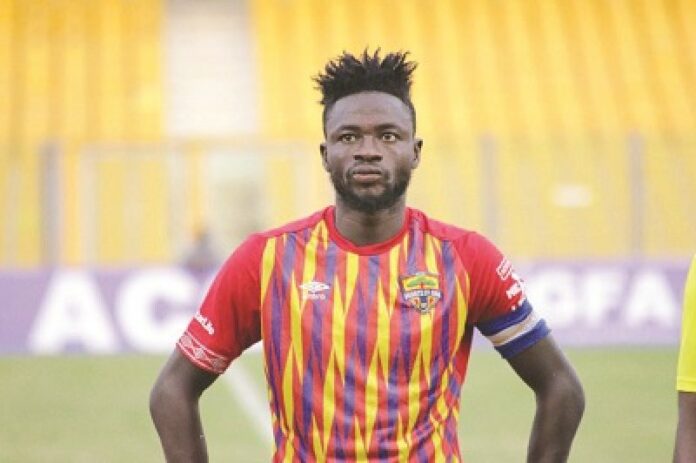 Former Accra Hearts of Oak SC captain Fatawu Mohammed says he has never supported the club he spent years playing for in the Ghana Premier League.

He revealed that he is not a Hearts of Oak SC fan but rather he supports Kumasi Asante Kotoko SC who are the bitterest rivals of the Phobians.

“I’m not a Hearts of Oak fan, I support Asante Kotoko. In my house, everyone supports Kotoko” – Fatawu Mohammed.

According to the experienced right-back who played with Barnieh, he is ready to face the wrath of God if he advises the forward to stay.

Afriyie Barnieh per reports has received a handful of lucrative offers from clubs outside Ghana but the 2021 SWAG home-based player is yet to decide on his next destination.

After ten-years and having served as the captain for years, Fatawu is reported to have been released by Hearts of Oak together with defender Mohammed Alhassan.