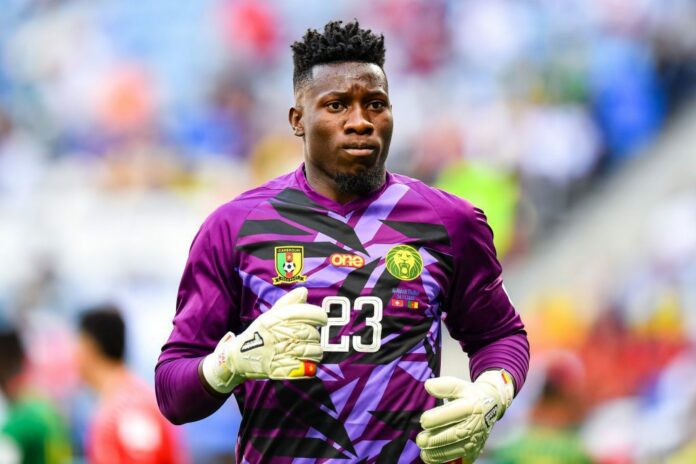 Italy Serie A side Inter Milan first choice goalkeeper André Onana has called it a quit on international football after the 2022 FIFA World Cup tournament in Qatar.

The 26-year-old shot stopper was sent home from camp by the Federation Association of Sports de Cameroon before their game against Serbia which was their second group game.

He was reported to have clashed with his coach Rigobert Song before the Serbian game at the 2022 FIFA World Cup tournament in Qatar earlier this month.

He has since announced his decision to quit the Indomitable Lions of Cameroon team after the incident.

“Every story, however beautiful it may be, has its end. And my story with the Cameroonian national team has come to an end,” Onana said in the statement which was published.

“Players come and go, names are fleeting, but Cameroon remains eternal and so does my love for the national team and for our people who have always supported us no matter how difficult the moment was.

“My feeling will never change, my Cameroonian heart will continue to beat and wherever I go, I will always fight to lift the flag of Cameroon as high as possible.”

The Inter Milan shot-stopper made 35 appearances for Cameroon which led to him winning a bronze medal at the 2021 Africa Cup of Nations earlier this year.