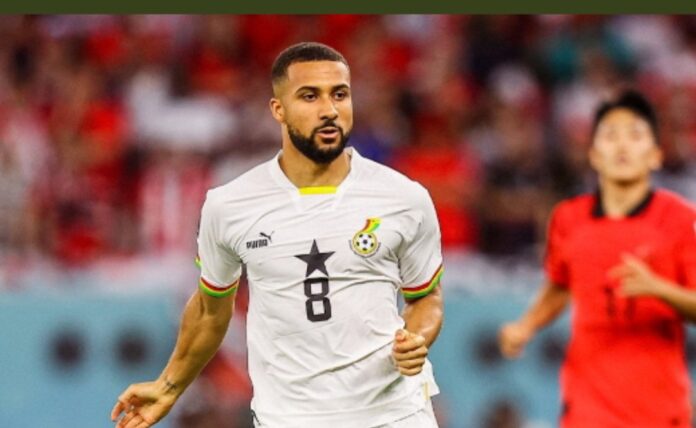 Ghana’s new darling boy Daniel Kofi Kyereh has expressed what makes him feel an African after his experience with the Black Stars team.

The Accra-born but German raised Ghana star says he’s not feeling African because he is born in Africa but because he feels Africa was born in him.

Daniel Kofi Kyereh; “I am not African because I was born in Africa but because Africa was born in me”, he wrote on social media.

Kofi Kyereh has walked into the hearts of many people in the world cup especially in Ghana with his dazzling display for the Black Stars team since his debut.

Though he hasn’t been able to cement his spot as a sure starter for Ghana, he’s definitely showed beyond doubt what he can when called upon.

He made cameos in all the games at the group stages of the 2022 FIFA World Cup tournament in Qatar coming on for the last 45 minutes against Uruguay.