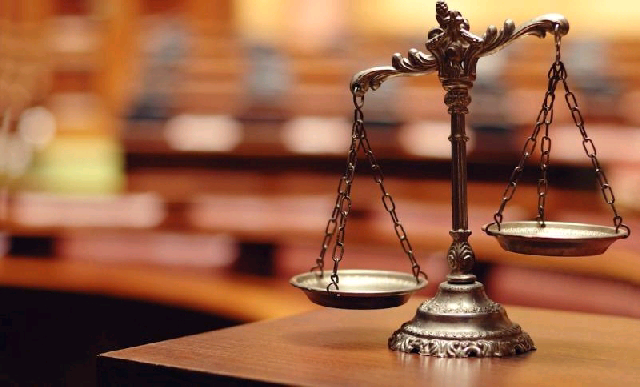 The First Defence Witness in the five-year-old GHS217-million Ghana Cocoa Board (COCOBOD) financial loss trial, Mr Charles Tetteh Dodoo, who served on the Board of the state-owned cocoa-buying company from June 2009 to December 2016, has told the Criminal Division of the Accra High Court, presided over by Justice Clemence Honeynuga, a Justice of the Supreme Court with additional responsibility as a High Court judge, during cross-examination on Thursday, 17 March 2022: “I am not aware” the Second and Third Accused Persons – businessman Seidu Agongo and his agrochemical firm Agricult Company Limited – “influenced” the “review” and subsequent approval of COCOBOD’s 2013/2014 budget, which also contained the state-run firm’s procurement programme for that year.
This was his response to a direct question from Mr Nutifafa Nutsukpui, the counsel for Mr Agongo and Agricult, about whether he knew if his clients influenced COCOBOD’s budgeting processes for the year under question.

Mr Agongo, Agricult and ex-CEO of COCOBOD, Dr Stephen Kwabena Opuni, are being tried by the state for causing financial loss to the state through the alleged fraudulent procurement of Lithovit fertiliser.

Mr Tetteh told the court that COCOBOD’s procurement plan is always contained in the company’s budget, which, according to him, the Board of Directors of the company normally approve by “consensus”.

In addition, Mr Tetteh said every procurement is authorised by the Board

“My Lord, I have no knowledge of any supplier of goods and services having an influence on these processes”, Mr Tetteh told the court. “What I want to add is that the suppliers or their representatives come often to COCOBOD to follow up on their issued”.

Read below excerpts of the cross-examination:

Q. And, according to you, this second Board requested that area for the coverage of fertiliser application be expanded?

Q. This review process and the request for the expansion in the coverage area; was it a decision of the whole Board, if you remember?

A. I recall that after the inauguration, the Board met and discussed this programme and that next to the expanded programme.

Q. As far as you are concerned, this was a decision of the whole Board and not any single individual of the Board. Is that correct?

Q. Now sir, this process of reviewing the 2013/2014 budget, as far as you are aware, was it influenced in any way by the 2nd and 3rd Accused Persons?

Q. Now, the decision to expand the coverage area for fertiliser application, as far as you are aware, was that decision of the Board influenced by the 2nd and 3rd Accused Persons.

Q. Sir, would you consider from your experience from serving on the Board that the budget review process and the decision to expand the area for fertiliser coverage were normal Board functions or normal decisions made by this second Board that you served on? A. My Lord, what I recall at the time during the discussions was that new products, by way of fertilisers and agrochemicals, do come on the market and so COCOBOD needs to make allowance for these products as and when they are tested and approved by CRIG. So, in the midst of this discussion, this expansion was discussed and the review was requested.

Q. My question to you is: Would you consider that as a normal Board function that the Board was carrying out?

A. My Lord, I do not see anything odd about these discussions given the fact that board members come from various backgrounds and they are supposed to make meaningful input to board discussions.

The case has been adjourned to Monday, 28 March 2022. In March 2018, the AG charged Dr Opuni and Mr Agongo with 27 counts for allegedly engaging in illegalities that caused financial loss of GHS271.3 million to the state and allegedly led to the distribution of sub-standard fertilisers to farmers.

Mr Agongo is alleged to have used fraudulent means to sell sub-standard fertiliser to COCOBOD for onward distribution to cocoa farmers while Dr Opuni is accused of facilitating the act by allowing Mr Agongo’s products not to be tested and certified as required by law.

They have pleaded not guilty to all the 27 charges and are currently on bail in the sum of GH300,000 each.

GES office in Bosomtwe district gets facelift – Thanks to Church...