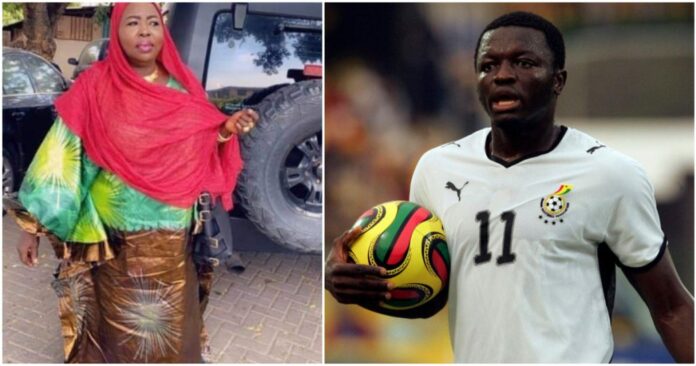 Ghana legend Sulley Ali Muntari says he hasn’t accepted the fact that his mother is dead after a year of her demise or passing away.

The former Black Stars player says his mother was his everything and backbone to his successful career on both club level and international.

Hajia Kande, Muntari’s mother passed on on May 31, 2021 after a short illness but his son’s love remain unchanged.

His mother is known for her support of her son and will famously remembered for backing Muntari during the 2014 World Cup fiasco.

“I haven’t accepted it yet. I don’t think I will because she took a huge part of me. She was my everything, she is my everything and now she has given me the strength to take care of my siblings which I was ready for,” he told Dan Kwaku Yeboah TV on YouTube.

Muntari scored against Czech Republic at the 2006 FIFA World Cup tournament in Germany and scored in the quarter-final against Uruguay in 2010 in South Africa.

He played for Ghana Premier League giant Accra Hearts of Oak SC during the 2021-22 season and won the MTN FA Cup and President’s Cup with the Phobians.