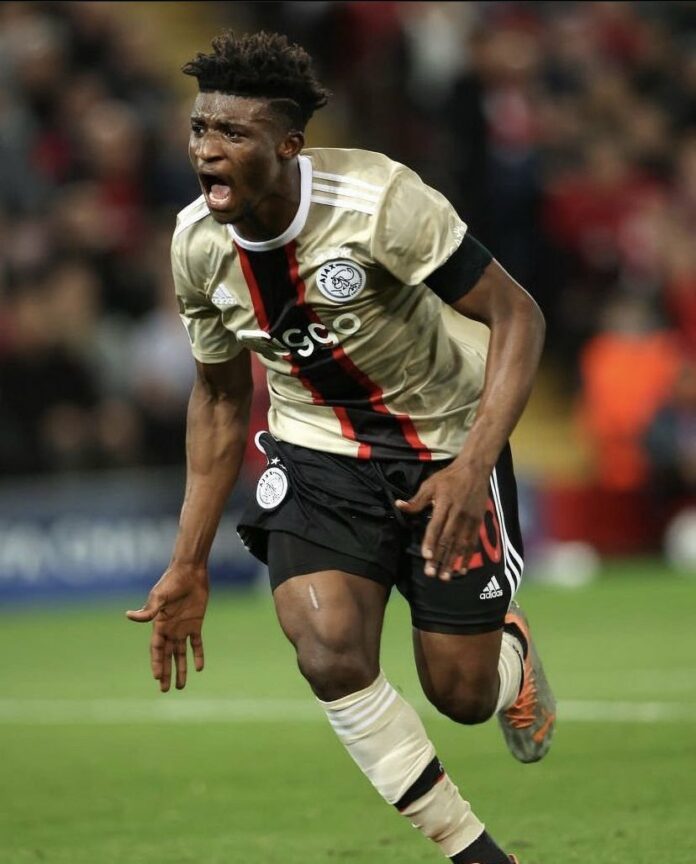 In-form Ghanaian midfielder, Mohammed Kudus scored and provided an assist for Ajax as they beat Rangers 3-1 on the road in the UEFA Champions League last group game.

Kudus registered the assist inside four minutes as the 22-year-old set up Berghuis for the finish. Minutes later, Kudus found the net to give the away team a cushion.

The former Nordsjaelland man has made a statement after he was handed with his first start in four games. He has scored ten goals this season.

He dazzled for AFC Ajax Amsterdam in the game and was a constant threat to the defense of the opposition team.

He played full throttle for his team as they won to book a place in the round of 32 stages of the 2022-23 UEFA Europa League competition after finishing third in the group.

The 22-year-deal Ghana star Kudus Mohammed has four goals in the group stages of the 2022-23 UEFA Champions League competition.