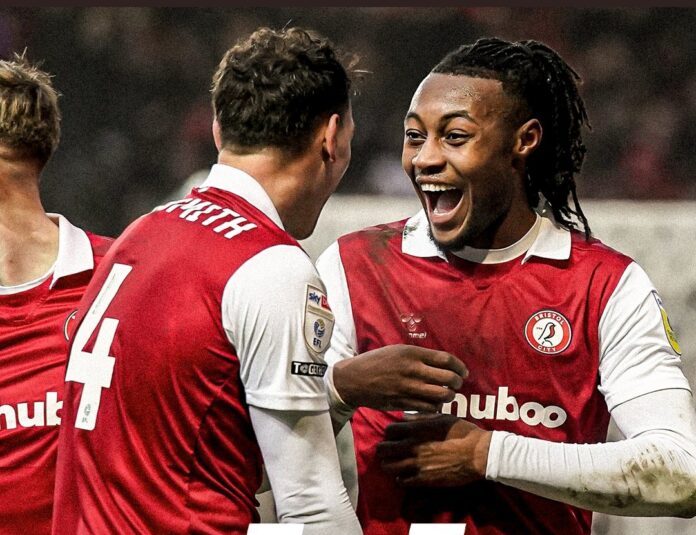 The attacker scored to rescue the Red and Whites outfit from suffering defeat at home to the Rovers in their clash in the second half of the season.

The Robins are without a loss since the turn of the year as Antoine Semenyo’s 68-minute equaliser ensured City claimed a share of the spoils after Bradley Dack grabbed the game’s opener.

The 23-year-old Ghanaian international striker has six goals and three assists to his name in the English Championship after making 23 appearances for the club.