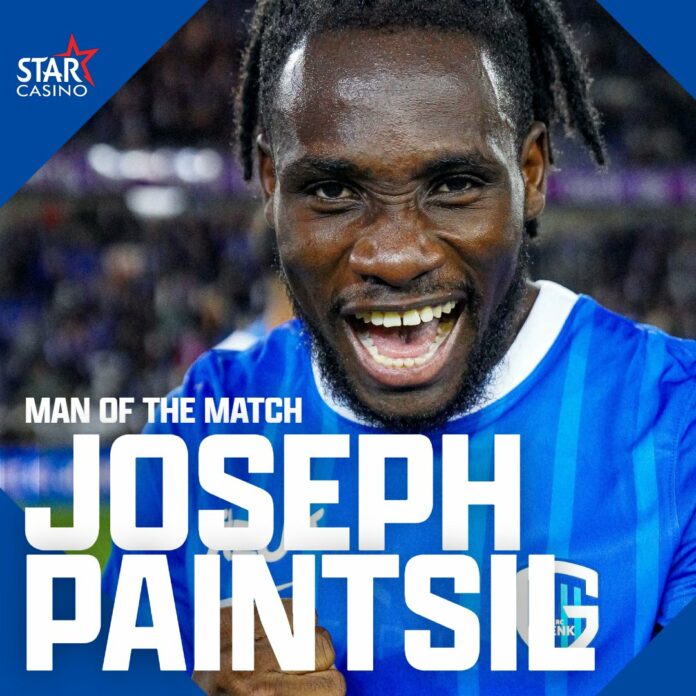 In-form Ghanaian attacker Joseph Paintsil has been named Man-Of-The-Match in his team’s victory over KV Mechelen on Friday evening in the Belgium Jupiler Pro League.

He was a standout performer as he was involved in all three goals scored by his team to stretch their lead at the top of the league table.

The in-form Ghana International player scored and also provided an assist in his team’s 3-1 home win to take his tally to four in the Belgium Jupiler Pro League to extend their lead at the top of the league table.

He was heavily involved in the build up to the opener with the pre-assist in the Blue and Whites outfit first goal on the night when Daniel Muñoz scored the opener of the match after just nine minutes.

The visitors restored parity through Rob Schoofs 15th minute strike to make it 1-1 before the half time whistle.

Twelve minutes after the break, Paintsil set up Gerardo Ateada to restore the hosts one goal advantage to make it 2-1.

One minute into additional time period of the match, the Ghanaian attacker scored the third goal of the game for the home team to make the final score 3-1.