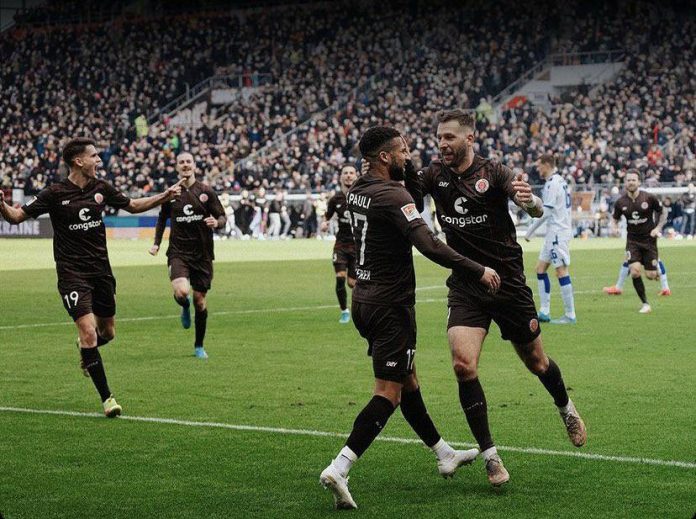 The Ghanaian international wasted no time to score the opening goal of the match to put the hosts 1-0 up early in the game after just 14 minutes with a beautiful left-footed strike after his initial effort was blocked.

Halfway through the first half, Kyereh grabbed his second goal of the match to make it 2-0 to the Boys in Brown from close range as the goal was chalked off initially by the officials but only for the VAR to intervene and award the goal to St Pauli.

Forward Simon Makienok made it three to the home team with a fine finish 10 minutes away from the half time whistle.

The Ghanaian was yellow-carded five after the hour mark and a minute later Phillip Hoffman reduced the deficit to two with a consolation goal for the Blue and Whites.

The 25-year-old attacking player has nine goals and nine assists in 21 Bundesliga 2 matches this campaign for FC St Pauli who are pushing for promotion into the Bundesliga.