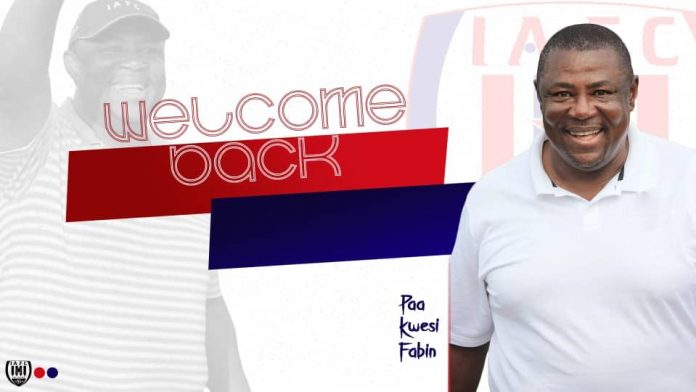 The former Kumasi Asante Kotoko technical head was appointed as the head coach of the Tema-based club to fill the void created at the club after the departure of Turkish tactical brain Turmus Umit.

He took charge of his first training session at the Legon Ajax Park on Tuesday.

According to reports, gathered by Dailymailgh.com Fabin signed a two-year contract with the eleleven-is-to-one outfit.

“I am truly humbled, “ Fabin said of his appointment.

“It was a privilege to serve as head coach during the 2014/15 season and I look forward to building on that success again.”

Fabin led the white and mauve to an impressive and unprecedented sixth-placed finish during the 2014/2015 season but later left his position to concentrate on then job as Ghana U17 coach.

The experienced gaffer joined Uganda as their youth team coach barely two months ago and has terminated his contract with the ‘East African’ Country on mutual agreement.

Two arrested as police seize over 1,200 ‘cannabis-laced sweets’ in Kumasi