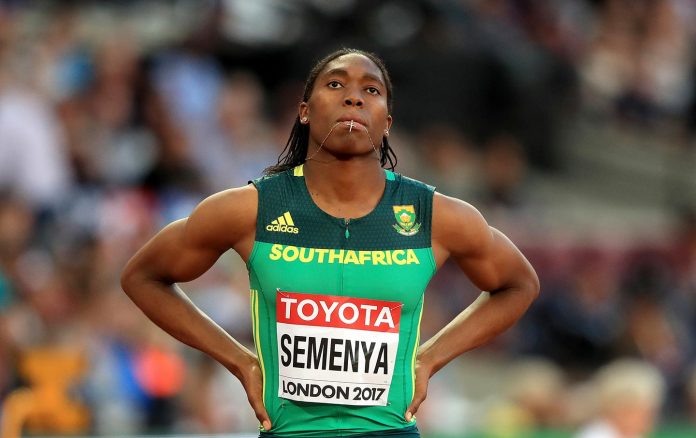 A Twitter account managed by The East African — a website which seeks to bring a clearer and in-depth understanding of political and economic issues in East Africa to the larger audience – recently reported on how Kenyan athletics officials are already complying with the directive of the International Association of Athletics Federations (IAAF) to bar athletes with abnormally high testosterone levels from competing in some female events.

The original tweet — ‘Kenya drops two female sprinters over testosterone levels’ — spawned a flurry of tweets in the Twitter community that generally expressed disapproval of the said move by the Athletics Kenya (and, by extension, the IAAF) in words both mild and otherwise.

Not all are critical, though, as views on the matter are varied and opinion sharply divided. Depending on the ticket you hold, you could easily be on either of two trains-of-thought, confident about the destination it ultimately leads to. The first justifies the attempt by the IAAF to ‘regulate’ athletes in a bid to create a level playing field for all involved, while the other places sharp focus on the discrimination such a move wreaks and the racial tropes underlying the decision.

When considered in isolation, the case of South African athlete Caster Semenya (around which the IAAF wove the controversial new rules) may appear simplified as a debate about gender identity in sports, but opening up the history books reveals racism as the determining factor — or at least that’s what many think, which is why it’s interesting how Kenya has so quickly aligned with supposedly white supremacist positions from abroad, barely giving any thought to the ramifications of their actions before jumping wholesale in support of IAAF’s misogynoir.

Semenya’s issue has given rise to some poignant debates about the perimeters of fairness and discrimination in sport. The 28-year-old middle-distance runner is a phenomenal athlete, but, of course, this is not just about an individual. Rather, let’s spread it around some more:

If testosterone in men makes them demonstrably more aggressive and, therefore more competitive, must we recalibrate the measuring instrument for fairness when it comes to those females with normally low testosterone levels if we all cling to the position that getting Semenya to reduce her unusual levels of the hormone is unfair?

And how do we accurately define unfair?

While you ponder those, please, do stay with me through another series of questions:

Is this scrutiny for fairness going to transcend the events poor Ms. Semenya dominates and cut through every other discipline a gold medal is given out for in IAAF-governed competitions?

What, then, happens to all other athletes who hold natural advantages over their closest rivals?

Would, for instance, Michael Phelps — were he still an active swimmer — be barred from competing in the next Olympics because of his extraordinary limbs and physical build?

The establishment of a utopian world where all are equal and there is no variation in ability?

Is this the world we crave?
For Semenya?
For anyone?
Ah! 🤦‍♂️

‘Kotoko’s Danlad Ibrahim was not selected for Nigeria clash after the...