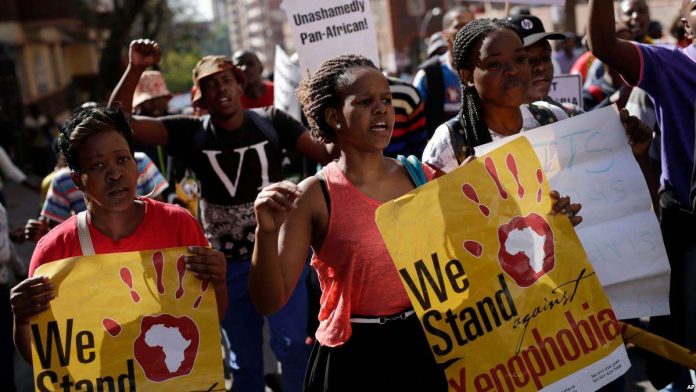 I will start off with the premise that humans – as primates – are territorial and, whenever the subject of people’s attachments to the places they own and call home is broached, one needs to acknowledge the existence of white, black and every shade of grey — certainly no one-size-fits-all.

Much criticism of the latest wave of xenophobic attacks in South Africa, as you descend into the comment sections of such stories on many online portals, is molded on the view that citizens of that country have seemingly forgotten the immense help rendered it by other African states during their lengthy liberation struggle. It is unacceptable, many argue, that a country which benefited so heavily from her neighbors’ selflessness would turn its back a few years down the line and do such things to those very people. Still others talk about the extent to which South African businesses continue to reap from external patronage, labor and other essential support.

My take on the subject will begin with the first argument which, to me, seems difficult to sustain for at least two reasons.

First, it rests on moral considerations which open themselves up for some close examination. When one renders help, as I understand it, they do so because it is the right thing to do. Case in point: if I find a man badly beaten by robbers and fighting for dear life by the roadside unattended, it is morally imperative for me to rush him to hospital if I can, or perhaps call an ambulance. I do not help said person in the hope that they later repay me, nor do I keep reminding them of the debt of gratitude owed me at every turn, even when they do me wrong. It is part of the human condition to be moved to help those in need of assistance if and when we can.

Second, if we may accept the claim that South Africans need not behave so badly simply because they have enjoyed other countries’ assistance in the past, we do raise a few questions:

For how long will South Africa be expected to pay the rest of Africa back?

At what point shall we say that debt has been paid in full?

Really, how far shall we stretch this?

Which country, among Africa’s 54, did not receive some assistance to break free from colonial and/or oppressive rule?

Now to the point of how critics, in condemning South Africans’ reprehensible acts, cite gains made by businesses with roots in that nation from other African countries.

Do those businesses operate as charities or do they provide employment, paying taxes and wages pretty much like every other business does?

In Ghana, as in several other African lands, there is a proliferation of South African businesses like Shoprite, Game, MTN and DSTV. These did not come pillaging and making profits at gunpoint. They invest significant sums and, if we patronize such goods and services, it is because they provide good value for our money. We can’t simply make reference to our patronage of their businesses as enough grounds to criticize their countrymen’s recent conduct.

South Africa’s xenophobia should be condemned by all means, as it must, for being an affront to the human decency we have built civilizations and societies on for years. Surely, none should feel justified in destroying lives and property in the expression of grievances that may or may not be legitimate.

But we fail to enrich the discourse when we employ guilt in our arguments. A benefactor that constantly brings up instances of aid offered — past or present — only earns the beneficiary’s resentment.

If the subcontinent is perpetually failing, just how much of that burden can South Africa reasonably be expected to bear?