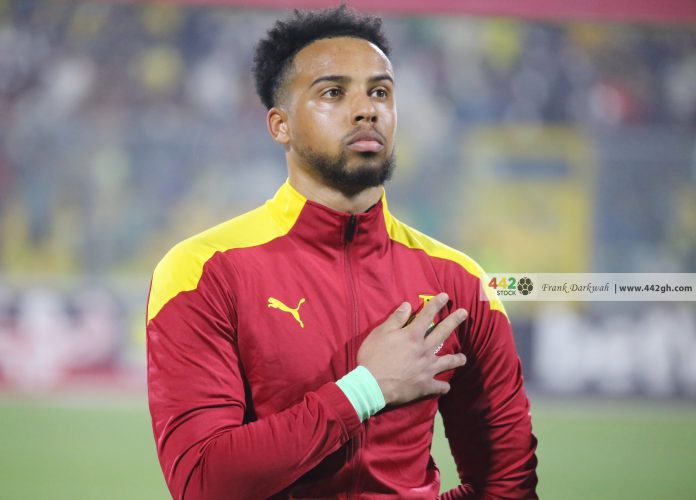 The English League Two goalkeeper saved Ghana twice in the game to announce his presence in the game and to send a signal to Ghanaians about what he has to offer going forward.

He produced good saves in the first half to set the tone as he grew in confidence as minutes went by in the crucial and highly-contested match between two super powers in Africa football.

After conceding five goals at the 2021 Africa Cup of Nations tournament in Cameroon earlier this year when the stars produced a catastrophic showing at the competition following a humiliating defeat in the final group game against minnows, Comoros, he finally got his deserved cleen sheet against Nigeria.

He showed what he can do in Ghana’s goal with time by keeping a cleen sheet against a Nigerian team that possess nine top strikers playing across Europe’s best leagues.

Ghanaians had their heads in their hands when they saw him playing in goal ahead of the returning and first deputy Ghana captain Richard Ofori for a game they deemed very important.

At no point in the game did he look panicked and intimidated by the large number of fans at the Baba Yara Sports Stadium.

He kept his composure and looked really confident in the goal post and was not afraid to come off his line when the need be and always stood at a good starting position on the field.

However, the Swindon Town FC goalie earned Ghanaians praise after the game as he looked calm in goal in a cliffhanger match against rivals Nigeria.

He came into the action and saved Ghana from going down late in the game with a superb and crucial save to deny Moses Simon from getting a his name on the score sheet.

This is not the first time he’s keeping a clean sheet in Ghana’s goal as his first in competitive game came in Ghana’s 1-0 win over the Bafana Bafana of South Africa in Cape Coast stadium.

With his impressive showings in the game his Friday, the 25-year-old shot-stopper is expected to be kept in goal in Tuesday’s match in Abuja.

Wollacot could become a permanent number one goalkeeper for the Black Stars if he continues to excel in goal for the four-time Africa Cup of Nations winners.

Staff of GACL expose Union leader over attempts to get MD...