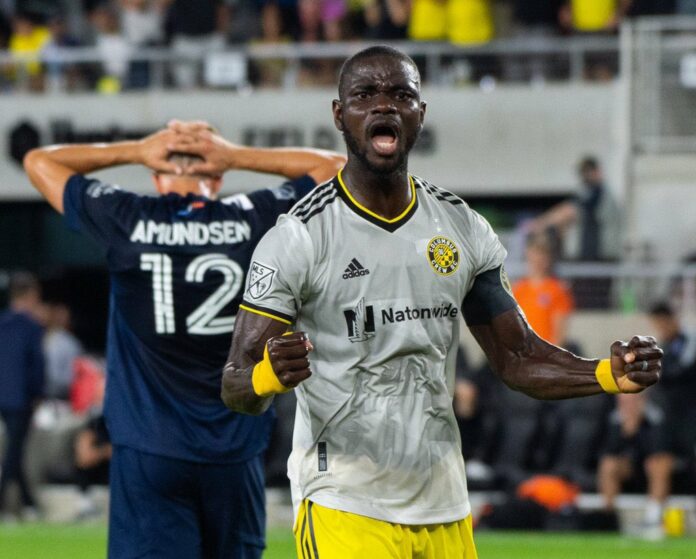 Ghanaian international center-back, Jonathan Mensah scored his second goal of the season for Columbus Crew SC in the Major League Soccer in America.

The former Obuasi Ashantigold SC man grabbed his goal in the first half on the 37th minute mark of the frenetic encounter.

Ezekiel Barco scored twice on the 5th and 35th minute respectively to put the away team in the lead before the Ghanaian’s goal eight minutes to the end of the first 45 minutes.

Mensah rose highest to meet Lucas Zelarayan’s corner kick and headed home nicely to give the Yellow and Blacks a bit of a hope before the interval.

Both teams scored one more goals each in the second half as Mensah’s goal was not enough to snatch a point for the home team.

The Ghanaian has found the back of the net two times this year for the 2020 MLS champions.

Sammi Awuku to be enstooled as Mampong Apagyahene