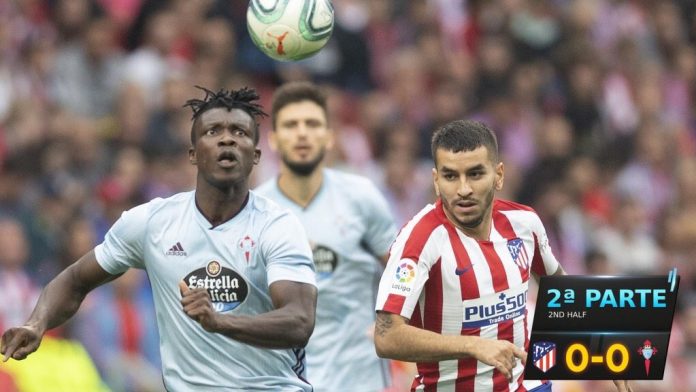 Black Stars defender Joseph Aidoo played through pains to ensure that national teammate Thomas Teye Partey and his Atletico Madrid draw blank in their encounter at the Wanda Metropolitano.

The ‘Rock’ of Celta’s defense played the full 90 minutes in the La Liga match Week-5 showpiece which ended goalless.

The former KRC Genk defender was a pivot of his side’s backline and shut down Atletico’s attack in any incursion they made in the final third.

The Ghana international defender has been an instant hit at his new club making four league appearances out of the five matches played.

Aidoo was confirmed injured after the game and the extent of his injury will be revealed in the coming days.