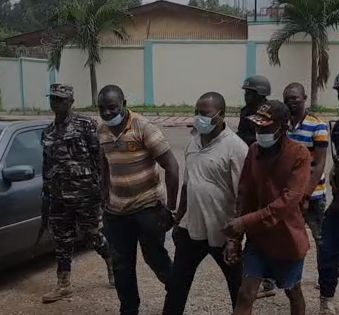 Duplicate docket on the alleged murder of Ejura-based social media activist Ibrahim Mohammed aka Kaaka, has been sent to the office of the Attorney General (AG) for advice.

Police prosecutor, Chief Superintendent Kofi Blagodzi told the Asokwa District Court that the police waiting for the advice from the AG.

While relatives and friends of the suspects were waiting anxiously for their arrival in court for the third time, prosecution had prayed for an adjournment.

The court presided over by Her Worship Akua Adu Boahene Esq., granted the request and adjourned the case to September 7, 2021.

The three suspects– Isaka Ibrahim aka Anyas, Fuseini Alhassan and Idi Mohammed –are facing the court in connection with the crime. They have provisionally been charged with conspiracy to committing crime to wit murder and murder. Their pleas have not been taken by the court.

The death of the New Patriotic Party (NPP) activist sparked widespread protest in the Ejura/Sekyedumse Municipality on July 29. The protesters clashed with the police resulting in the death of two people.

His relatives are still pushing for justice. Kaaka’s sister Rahinatu Mohammed said: “I am satisfied with court proceedings. All that we are looking for is justice for my late brother.”

A committee set to probe the incident has already submitted its findings to the Ministry for the Interior for further action.