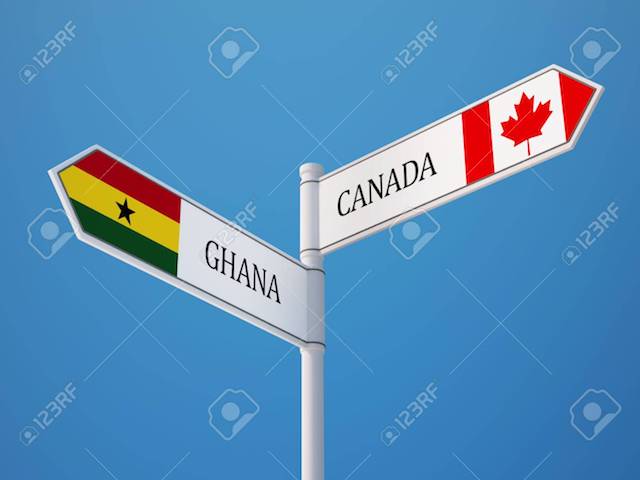 The Canadian government has warned its citizens to be on the alert in West African nation of Ghana following the kidnapping of two of its nationals.

A June 5 Tweet warns Canadians that violent crimes, such as robbery and kidnapping, may occur while they are in Ghana.

”Be aware of your surroundings and avoid walking alone or displaying signs of wealth,” the Tweet further warned.

The warning follows the abduction of two Canadian citizens on Tuesday in Kumasi, the Ashanti Region capital.

Bailen Chitty, 19 years and Lauren Patricia Catherine, 20 years, were forced into a vehicle at about 8:20 pm at Ahodwo, Kumasi Royal Gulf Club on June 4.

“Investigation started immediately upon receipt of a complaint and the security agencies are working closely together to get them rescued and the perpetrators arrested,” a police statement said asking the general public to assist the Police by volunteering information to complement the effort of the security agencies.

The statement also warned, “due to the nature of the case, the Police is entreating Journalists, media discussants and all persons to be highly circumspect in the discussion of this matter in the media without first cross-checking from official Police sources.”

Kidnappings and violent crime against foreigners are rare in Ghana.

But earlier this year, local media quoted President Nana Akufo-Addo as warning that action must be taken to make sure kidnapping “doesn’t become a feature of our society.”

In April, an Indian man was reportedly abducted, also in Kumasi, by an armed gang demanding a cash ransom. He was swiftly rescued by police.

Tourism is an important industry for Ghana, and Kumasi, the historic capital of the Ashanti kingdom, is favourite stop.

Ghana is a country of some 30 million people, where more than two-thirds of people follow Christianity and the rest Islam and other religions.

It has long been seen as a bulwark of stability in a region struggling to contain multiple groups of extremist fighters.

Akufo-Addo, speaking on Wednesday to mark the Muslim holiday of Eid al Fitr, called on the Ghanaian people to protect religious tolerance.

“We are the envy of the world when it comes to the peaceful co-existence of different religious communities,” Akufo-Addo said in a prepared speech released by the presidency.

He also urged people to “report suspicious characters” to the police.

“We cannot surrender this beautiful way of life for anything, and, certainly, not to people who seek to pervert religious beliefs,” Akufo-Addo added.

Eid ul Adha: Let’s commit to what is holy – Rawlings