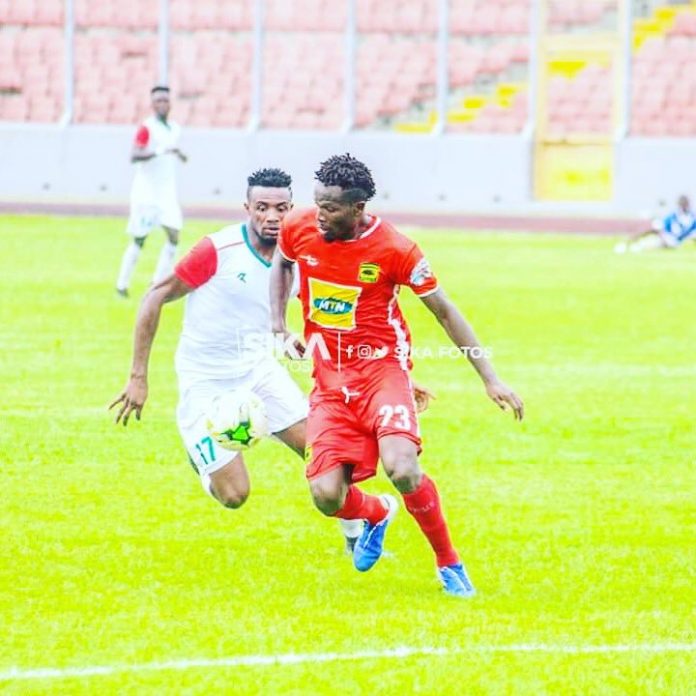 Asante Kotoko have confirmed that Abdul Fatawu Safiu has been recalled from trials at Helsingborgs IF over a meager offer.Fatawu dazzled in his two-week trial at the Swedish side but the proposed $15,000 offer did not meet the Porcupine Warriors’ expectation.

The Communication Director of the Kumasi-based side Sarfo Doku describes it as “meager”.“Management has taken a bold decision to rescind the offer made by Helsingborgs for Fatawu as the deal is seen by the club officials as an indictment to the player and the club at large,” Doku said.

“Fatawu is one of the most promising and gifted players on the local scene and we all saw his exploits in the NC Special Cup where he finished the competition as a joint top scorer together with Karela United’s Diawise Taylor and player of such magnitude cannot be sold out for such an amount,” Doku added.

“He will be of great help to the team in our quest to make the group stages of the Champions League this season so we will not force him out as we are under no pressure to sell,” he stated.

Kotoko will play Kano Pillars at the Sani Abacha Stadium in Kano in two weeks’ time.