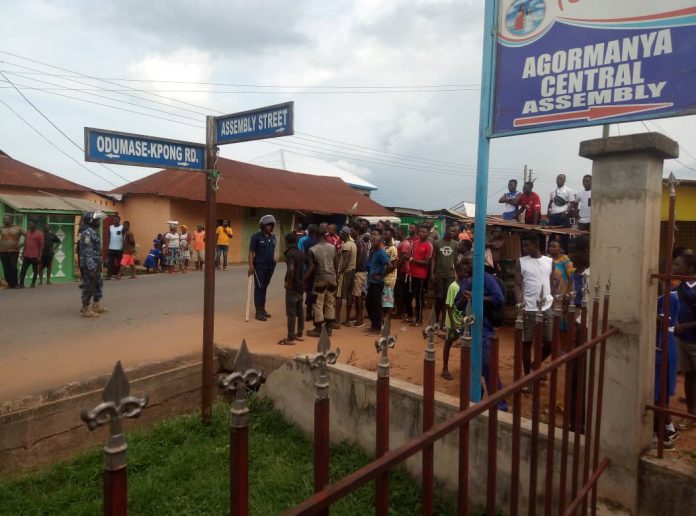 Police in the Eastern Region have arrested 35 persons after residents of Odumasi Krobo protest against the Power Distribution Service turned chaotic Wednesday afternoon.

Some irate youth of the community in the Lower Manya Krobo Municipality of the Eastern Region clashed with the police to protest the disconnection of their power by Power Distribution Services (PDS) over unpaid bills.

At least one person has been reportedly shot dead with six other persons critically injured and receiving treatment at separate hospitals nearby.

The youth organized a spontaneous protest to petition the Municipal Chief Executive for the Area, Kwaku Simon Tetteh, on their concerns on over billing by PDS and its ongoing mass disconnection exercise.

The youth had earlier on Wednesday morning mounted roadblocks and pelted the PDS Staff with stones and sticks at Yohe, a community near Odumase Krobo when PDS staff went to the community to discontinue its mass disconnection exercise.

They smashed a PDS Nissan Pick Up with Registration Number GV 2318-1. It took the intervention of armed Police personnel to rescue the PDS staff.

There is currently a heavily armed police and military contingent in the community.